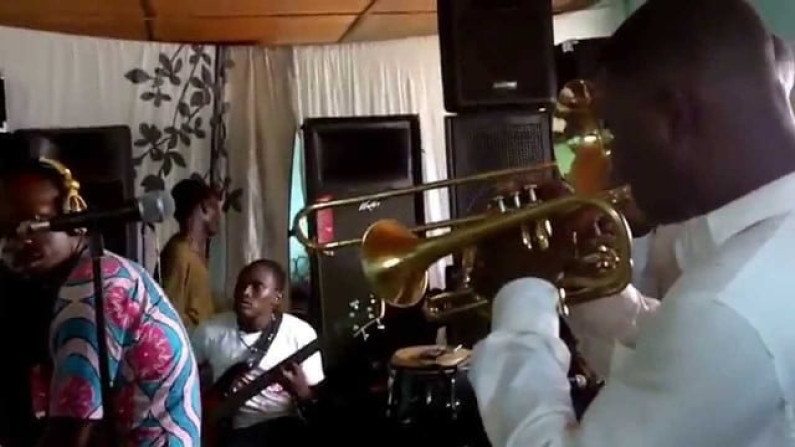 Gnonnan Sossou Pierre Kouassivi, known by the stage name Gnonnas Pedro was a singer and musician from Lokossa, Benin. He is perhaps best known as the lead singer of Africando between 1995 and his death in 2004, but had been well known in his home country of Benin and beyond since the 1960s.

As a singer, songwriter, instrumentalist, and dancer, Pedro embraced many styles of music including highlife and juju. Pedro is credited with updating the traditional Agbadja style of his home region, creating Modern Agbadja. He sang in many different languages, including Minad, Adja, Yoruba, French, English, and Spanish.

Pedro produced the song Feso Jaiye, which became a hit and was performed by many bands at the 2nd All-Africa Games in 1973.

Sekouba Bambino described him as follows:

“He liked his work a lot and really enjoyed giving pleasure to his fans as well. And he was very lively onstage, a real natural entertainer.”
Gnonnas Pedro died August 12, 2004, age 61 of prostate cancer in a hospital of Cotonou, Benin.