Whitesnake – Live In The Still Of The Night 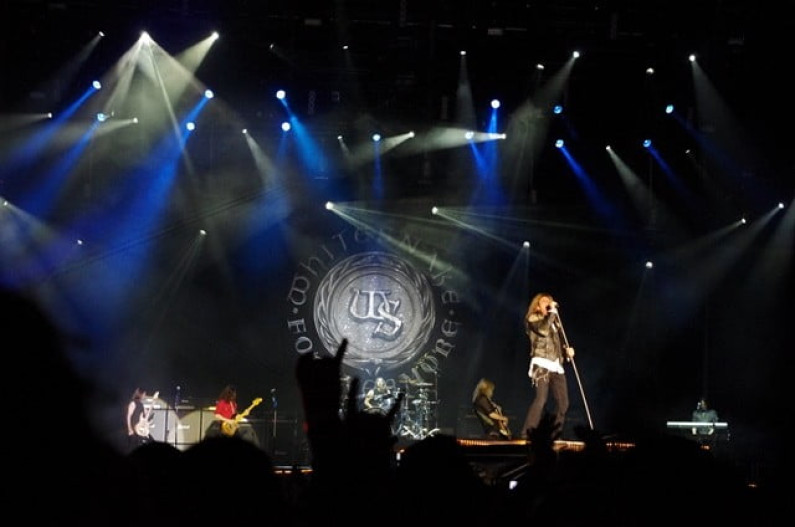 Whitesnake – Live In The Still Of The Night

Whitesnake are a rock band, formed in England in 1978 by David Coverdale after his departure from his previous band, Deep Purple. Their early material has been compared by critics to the blues rock of Deep Purple, but they slowly began moving toward a more commercially accessible rock style.

The band’s 1987 self-titled album was their most commercially successful worldwide, and contained two major US hits, “Here I Go Again” and “Is This Love”, reaching number one and two on the Hot 100. In 1988, Whitesnake was nominated for the Brit Award for Best British Group.

Slip of the Tongue (1989), was also a success, reaching the top 10 in the US and UK, and receiving a platinum US certification. The band split up shortly after this release, but had a reunion in 1994, and released a one-off studio album, Restless Heart (1997).

Whitesnake officially reformed in 2002 and have been touring together since, releasing two studio albums, Good to Be Bad (2008) and Forevermore (2011). In 2005, Whitesnake was named the 85th greatest hard rock band of all time by VH1.

Whitesnake released Forevermore, on 25 March 2011 in Europe, and on 29 June in North America.

They have released a number of scheduled 2011 tour dates on their website, with six scheduled UK tour dates and other European dates.

In February 2011, Whitesnake was announced as one of the headliners to play the annual Rocklahoma festival in Pryor, Oklahoma, on Memorial Day weekend. A digital single for the song “Love Will Set You Free” was released, along with a video for the song, on 21 February.