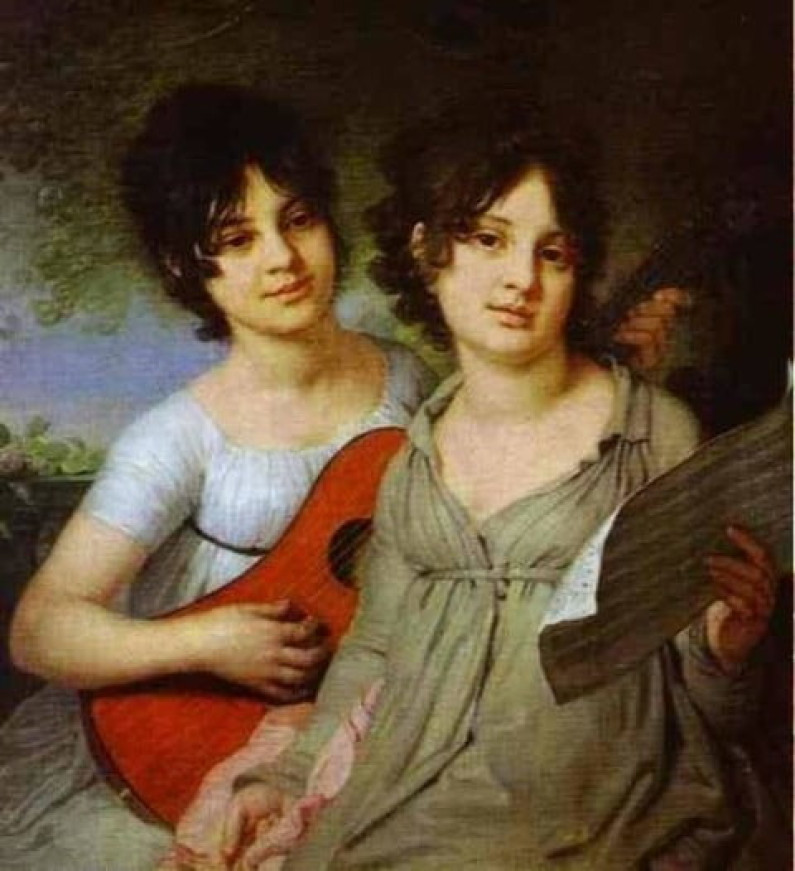 Vladimir Borovikovsky was born Vоlоdymyr Borovyk in Myrhorod (now Ukraine) on July 24, 1757. His father, Luka Borovyk was a Ukrainian Cossack and an amateur icon painter.

According to the family tradition, all four of Borovyk’s sons served in Myrhorod regiment, but Volodymyr retired early at the rank of poruchik and devoted his life to art — mostly icon painting for local churches.

Borovikovsky may have lived the remainder of his life as an amateur painter in a provincial town if not for an unexpected event. His friend Vasyl Kapnist was preparing an accommodation for Empress Catherine II in Kremenchuk during her travel to newly conquered Crimea.

After September 1788 Borovikovsky lived in Saint Petersburg where he changed his surname from the Cossack “Borovyk” to the more aristocratic-sounding “Borovikovsky”.

For his first ten years in Saint Petersburg, he lived in the house of the poet, architect, musician and art theorist, Prince Nikolay Lvov, whose ideas strongly influenced Borovikovsky’s art. At the age of 30 years, he was too old to attend Imperial Academy of Arts, so he took private lessons from Dmitry Levitzky and later from Austrian painter Johann Baptist Lampi.

In 1795 he was appointed an academician. He became a popular portrait painter and created about 500 portraits during his lifetime, 400 of which survived to the 21st century.

He had his own studio, and often relied on assistants to paint the less important parts of a portrait. His sitters included members of the imperial family, courtiers, generals, many aristocrats, and figures from the Russian artistic and literary worlds. Most of his portraits are intimate in style.

After 1819 Borovikovsky became a Freemason, member of a lodge Dying Sphinx. At that time he mostly painted icons, including Iconostasis of the Smolensky Cemetery church and some icons for Kazan Cathedral in Saint-Petersburg.

On April 6, 1825 he died suddenly of a heart attack and was interned in the Lazarus Cemetery of the Alexander Nevsky Monastery in Saint Petersburg.