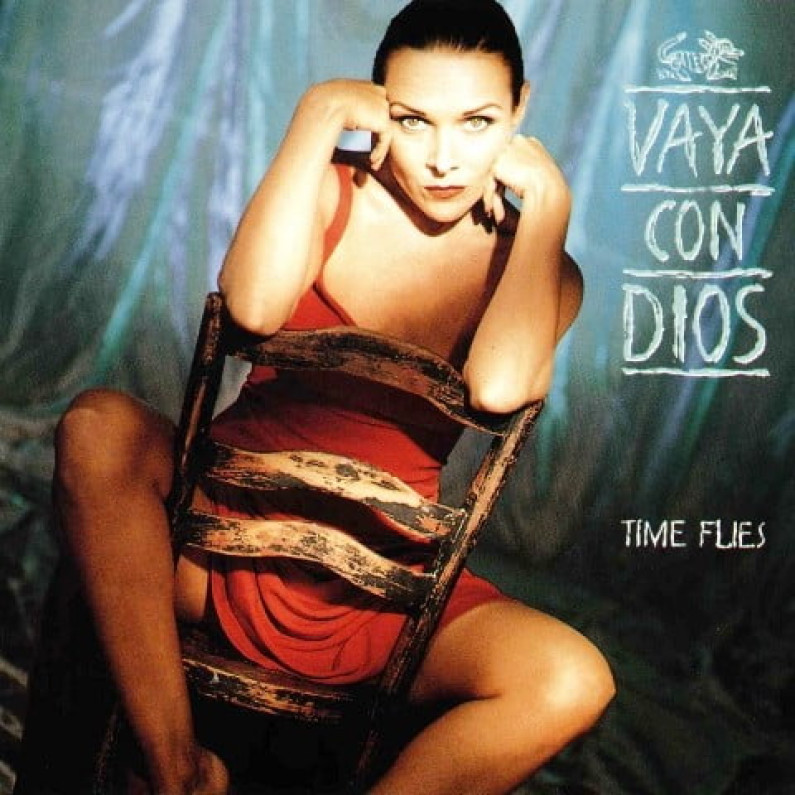 Vaya Con Dios (Spanish for “Go with God!”) was a Belgian music act, that stood out for its mixing of styles, as well as the distinctive voice of its lead singer Dani Klein. It was one of the most successful Belgian music acts ever, having sold more than 7 million albums and more than 3 million singles.

It was founded in 1986, but since 1991 Vaya Con Dios was for the most part a one woman band, centered on singer, lyricist, band leader and (co-)producer Dani Klein, reinforced by an ever changing selection of musicians.

As of 2014, Dani Klein was performing her last international tour under the Vaya Con Dios formula.Vaya Con Dios officially stopped with their last concert on Saturday 25 October 2014, in Vorst Nationaal.

Vaya Con Dios was founded in 1986 by Dirk Schoufs, Dani Klein and Willy Lambregt (known as Willy Willy). Schoufs (1962; double bass) and Lambregt (1959; guitars) were close friends, who had frequently worked as an acoustic duo.

After enjoying a one off performance as a trio, they decided to form Vaya Con Dios, based on shared interests in gypsy music, jazz and opera – genres they felt were underappreciated in Brussels.

The trio’s first single “Just a Friend of Mine” (1987) entered the top 20 in Belgium, and became a top 10 hit in France.This was a milestone especially for Klein, who was now 34, and who had been trying to make it as a singer since age 17.

After this first hit, Lambregt left the band, well before the 1988 debut album Vaya Con Dios was completed, and was later replaced by Jean-Michel Gielen.