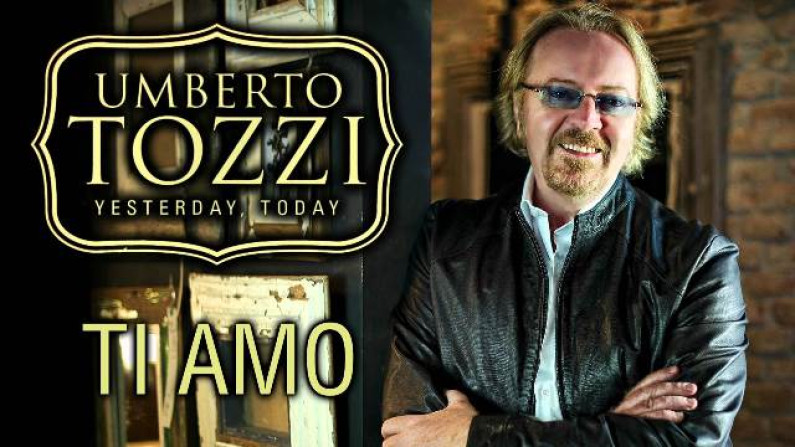 Umberto Antonio Tozzi (pronounced ; born 4 March 1952) is an Italian pop/rock singer and composer, born in Turin. His most internationally famous songs are “Gloria” and “Ti Amo”.

In 1968, at the age of 16, Umberto Tozzi joined ‘Off Sound’, one of the many groups that performed in small venues around Turin. In Milan, he met Adriano Pappalardo, with whom he formed a 13-piece band and began a large-scale Italian tour.

In 1974 Tozzi had his first success as a songwriter, with the song “Un corpo, un’anima” (“One Body, One Soul”), co-written with Damiano Dattoli and performed by Wess and Dori Ghezzi. It appeared on Canzonissima, an Italian music programme running from 1956 to 1974.

In 1976, he released his first album, Donna amante mia (“My loving woman”), from which came the single “Io camminerò” (“I Will Walk”) which at the time had been sung with great success by Fausto Leali.

In 1977, one of Tozzi’s most famous songs was released – “Ti amo”. It stayed at number one on the Italian charts for seven months, outselling every other record, and went on to become an international success throughout continental Europe.

It also made some inroads in the Americas and Australia, primarily in discotheques. The single was awarded a gold record award in Australia, despite the fact that it only made number 25 on the charts there in late 1979 (source: Kent Music Report, 1980).

1978 saw the release of Tu, another hit in Italy, the same year he had a very successful national Australian tour, organized by the Italo/Australian promoter Duane Zigliotto,the tour concluded at the Sydney’s Opera house with two full house concerts.