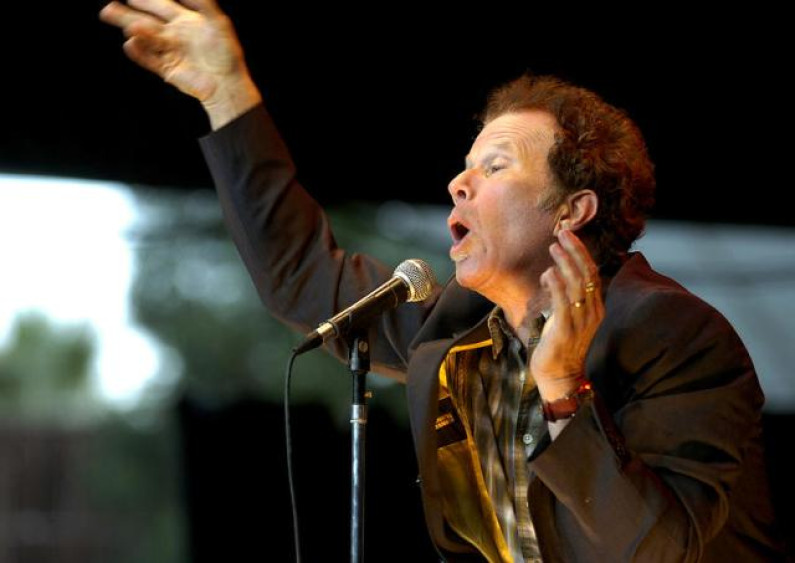 Waits has steadfastly refused to allow the use of his songs in commercials and has joked about other artists who do (commenting “If Michael Jackson wants to work for Pepsi, why doesn’t he just get himself a suit and an office in their headquarters and be done with it?”).

He has filed several lawsuits against advertisers who used his material without permission, and said, “Apparently, the highest compliment our culture grants artists nowadays is to be in an ad—ideally, naked and purring on the hood of a new car…I have adamantly and repeatedly refused this dubious honor.”

Waits filed his first lawsuit in 1988 against Frito-Lay. The company had approached Waits to use one of his songs in an advertisement, which Waits declined. Frito-Lay hired a Waits soundalike to sing a jingle similar to the song “Step Right Up” from the album Small Change, which is a song Waits has called “an indictment of advertising”.

Waits won the lawsuit, becoming one of the first artists to successfully sue a company for using an impersonator without permission. The 9th Circuit Court of Appeals affirmed an award of $2.375 million in his favor (Waits v. Frito-Lay, 978 F. 2d 1093 (9th Cir. 1992).

In 1993, Levi’s used Screamin’ Jay Hawkins’ version of Waits’ “Heartattack and Vine” in a commercial. Waits sued, and Levi’s agreed to cease all use of the song and offered a full page apology in Billboard.

Waits found himself in a situation similar to his earlier one with Frito Lay in 2000 when Audi approached him, asking to use “Innocent When You Dream” (from Franks Wild Years) for a commercial broadcast in Spain. Waits declined, but the commercial ultimately featured music very similar to that song.

Waits undertook legal action, and a Spanish court recognized that there had been a violation of Waits’s moral rights in addition to the infringement of copyright.

The production company, Tandem Campany Guasch, was ordered to pay compensation to Waits through his Spanish publisher. Waits later joked that they got the name of the song wrong, thinking it was called “Innocent When You Scheme”.

In 2005, Waits sued Adam Opel AG, claiming that, after having failed to sign him to sing in their Scandinavian commercials, they had hired a sound-alike singer. In 2007, the suit was settled, and Waits gave the sum to charity.

Waits has also filed a lawsuit unrelated to music. He was arrested in 1977 outside Duke’s Tropicana Coffee Shop in Los Angeles. Waits and a friend were trying to stop some men from bullying other patrons.

The men were plainclothes officers, and Waits and his friend were arrested and charged with disturbing the peace. The jury found Waits not guilty; he took the police department to court and was awarded $7,500 compensation.