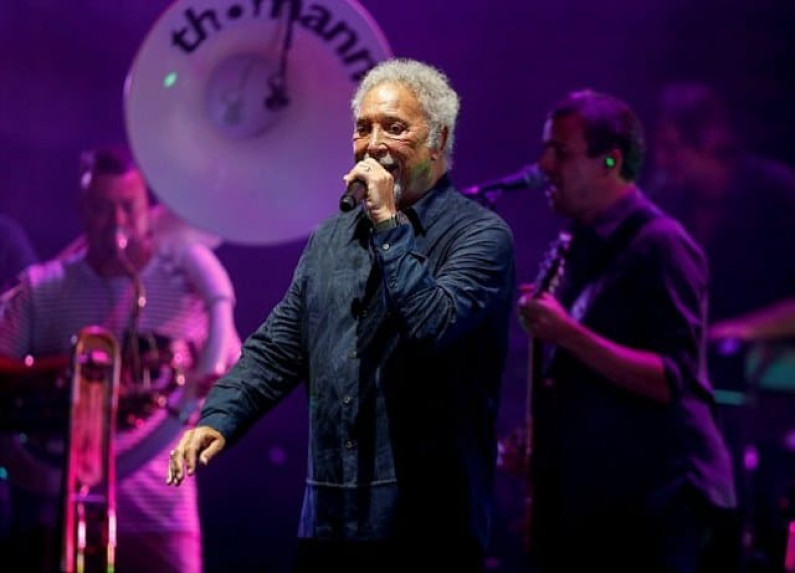 Jones did not like school or sports, but gained confidence through his singing talent. At 12 he was diagnosed with tuberculosis. Many years later he said: “I spent two years in bed recovering. It was the worst time of my life.” During convalescence he could do little else but listen to music and draw.

Jones’ bluesy singing style developed out of the sound of American soul music. His early influences included blues and R&B singers Little Richard, Solomon Burke, Jackie Wilson and Brook Benton, as well as Elvis Presley, whom Jones idolised and with whom he would later become good friends.

In March 1957 Jones married his high school girlfriend, Linda Trenchard when they were expecting a child together, both aged 16. The couple’s son, Mark, was born in the month following their wedding. To support his young family Jones took a job working in a glove factory and was later employed in construction.

Into the 21st century

United States President Bill Clinton invited Jones to perform on New Year’s Eve at the 2000 millennium celebrations in Washington, D.C. Throughout 2000 Jones garnered a number of honours for his work including a BRIT Award for Best British Male. He was also hired as the new voice of Australia’s National Rugby League, singing in an advertisement to market the 2000 season.

In 2002 Jones released the album Mr. Jones, which was produced by Wyclef Jean. The album and the first single, “Tom Jones International”, were top 40 hits in the UK.

Jones received the Brit Award for Outstanding Contribution to Music in 2003. The following year, he teamed up with pianist Jools Holland and released Tom Jones & Jools Holland, a roots rock ‘n’ roll album. It peaked at No. 5 in the UK.

On 28 May 2005, in celebration of his approaching 65th birthday, Jones returned to his homeland to perform a concert in Ynysangharad Park, Pontypridd before a crowd of about 20,000.

This was his first performance in Pontypridd since 1964. That same year the BBC reported that Jones was Wales’ wealthiest entertainer, having amassed a fortune of £175 million.

Jones collaborated with English-born Australian pop singer John Farnham in 2005 and released the live album John Farnham & Tom Jones – Together In Concert. The following year Jones worked with Chicane and released the dance track “Stoned in Love”, which went to No. 7 in the UK Singles Chart.

Jones, who was awarded an OBE in 1999, was knighted by Elizabeth II in 2006 at Buckingham Palace for his services to music. “When you first come into show business and get a hit record, it is the start of something”, Jones said. “As time goes by it just gets better. This is the best thing I have had. It’s a wonderful feeling, a heady feeling.”