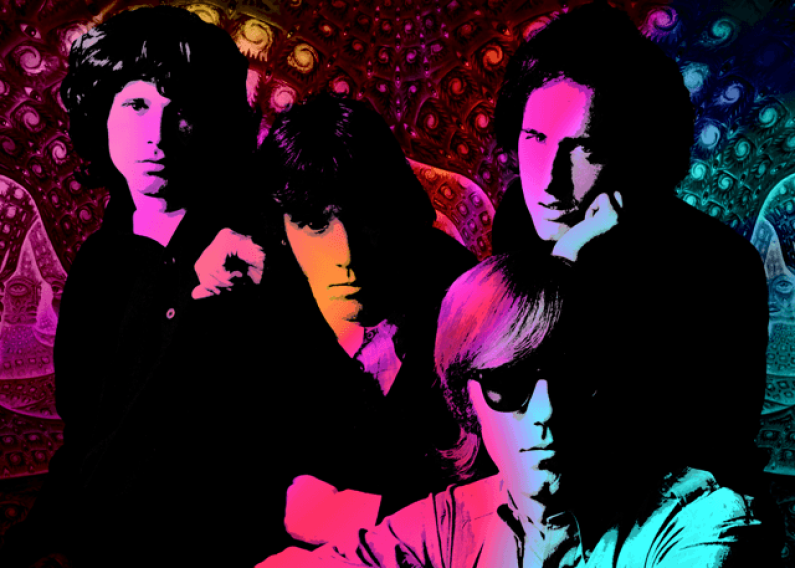 The band took its name from the title of Aldous Huxley’s book The Doors of Perception,which itself was a reference to a William Blake quote: “If the doors of perception were cleansed every thing would appear to man as it is, infinite.

” They were among the most controversial, influential and unique rock acts of the 1960s and beyond, mostly because of Morrison’s wild, poetic lyrics and charismatic but unpredictable stage persona. After Morrison’s death in 1971, the remaining members continued as a trio until disbanding in 1973.

The three members also collaborated on the spoken-word recording of Morrison’s An American Prayer in 1978 and on the “Orange County Suite” for a 1997 boxed set. Manzarek, Krieger and Densmore reunited in 2000 for an episode of VH1’s “Storytellers” and subsequently recorded Stoned Immaculate: The Music of the Doors with a variety of vocalists.