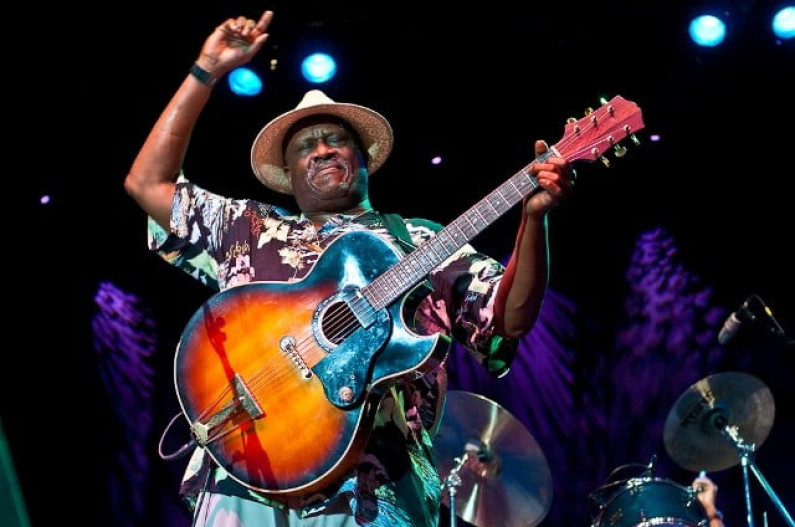 Henry Saint Clair Fredericks (born May 17, 1942), who uses the stage name Taj Mahal, is an American Grammy Award-winning blues musician. He often incorporates elements of world music into his works.

A self-taught singer-songwriter and film composer who plays the guitar, piano, banjo and harmonica (among many other instruments), Mahal has done much to reshape the definition and scope of blues music over the course of his almost 50-year career by fusing it with nontraditional forms, including sounds from the Caribbean, Africa and the South Pacific.

Mahal leads with his thumb and middle finger when fingerpicking, rather than with his index finger as the majority of guitar players do. “I play with a flatpick,” he says, “when I do a lot of blues leads.”

He describes his hanging out at clubs like Club 47 in Massachusetts and Ash Grove in Los Angeles as “basic building blocks in the development of his music.” Considered to be a scholar of blues music, his studies of ethnomusicology at the University of Massachusetts Amherst would come to introduce him further to the folk music of the Caribbean and West Africa.

Over time he incorporated more and more African roots music into his musical palette, embracing elements of reggae, calypso, jazz, zydeco, rhythm and blues, gospel music, and the country blues—each of which having “served as the foundation of his unique sound.”