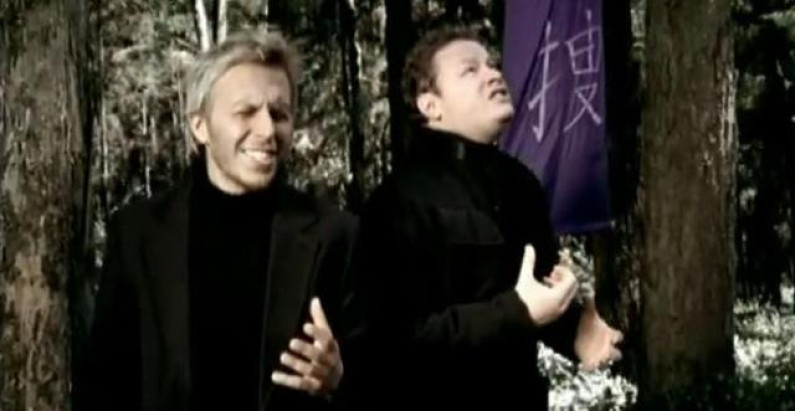 Sin Bandera (which can be interpreted as “Flagless” or “without barriers”) was a Latin pop duo based in Mexico that consisted of Leonel García, and Noel Schajris. They became one of the most popular artists after their solo debut album “Sin Bandera” was released on July 30, 2002.

Leonel Garcia (from Mexico) had the idea to be soloist, he showed dexterity with the guitar and the voice, but his project remained frozen at the record companies. At the same time, Noel Schajris (from Argentina, now a nationalized Mexican) was preparing another solo album after making his debut in 1999. Both being musicians, composers and singers, they discovered the ideal formula to unite their talents and personalities in 2000.

There was immediate chemistry: they spoke about their favorite music, of the albums they bought, and about the singer-songwriters they were most interested in… and coincided in everything.

The two wanted to sing, but Noel preferred the piano, and Leonel, the guitar, for which at no time there was collision of interests, but an integration of musical inclinations.

They later began to write and record their self-titled debut album “Sin Bandera”, which touched the feelings of the romantic public in a special way with the production of the fellow musician Aureo Baqueiro.

In their first meeting they wrote three songs, during a single day. Composing songs was the best way for them to get to know each other. After having separate musical experiences, it turned out to be very exciting to feel the force that they achieved together.

The name “Sin Bandera” (Without a Flag) was adopted to transmit the idea to worry about world union. They both thought that we lived in a separate society, that we get to the point where we no longer believe in ideology or in language and we end up thinking that one is the enemy of the other.

As love and music do not have a flag, from that they were inspired to name their new musical adventure. The duo wants to spread that message through the music; We are one and that feeling is the best route to communication; That love is the fundamental energy that gives sense to all.