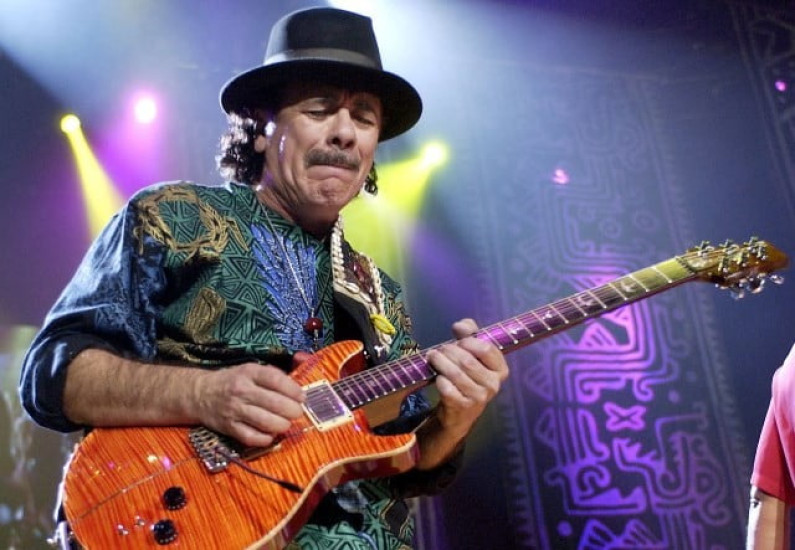 Santana continued to work in these forms over the following decades. He experienced a resurgence of popularity and critical acclaim in the late 1990s. In 2003 Rolling Stone magazine listed Santana at number 20 on their list of the 100 Greatest Guitarists of All Time. He has won 10 Grammy Awards and three Latin Grammy Awards.

The family moved from Autlán de Navarro to Tijuana, the city on Mexico’s border with California, and then San Francisco. Carlos stayed in Tijuana but later joined his family in San Francisco, graduating from James Lick Middle School and in 1965 from Mission High School. Carlos was accepted at California State University, Northridge, and Humboldt State University, but chose not to attend college.

After several years spent working as a dishwasher in a diner and busking for spare change, Santana decided to become a full-time musician. In 1966 he gained prominence due to a series of accidental events, all happening on the same day. Santana was a frequent spectator at Bill Graham’s Fillmore West.

During a Sunday matinee show, Paul Butterfield was slated to perform there but was unable to do so as a result of being intoxicated. Bill Graham assembled an impromptu band of musicians he knew primarily through his connections with the Grateful Dead, Butterfield’s own band and Jefferson Airplane, but he had not yet chosen all the guitarists.