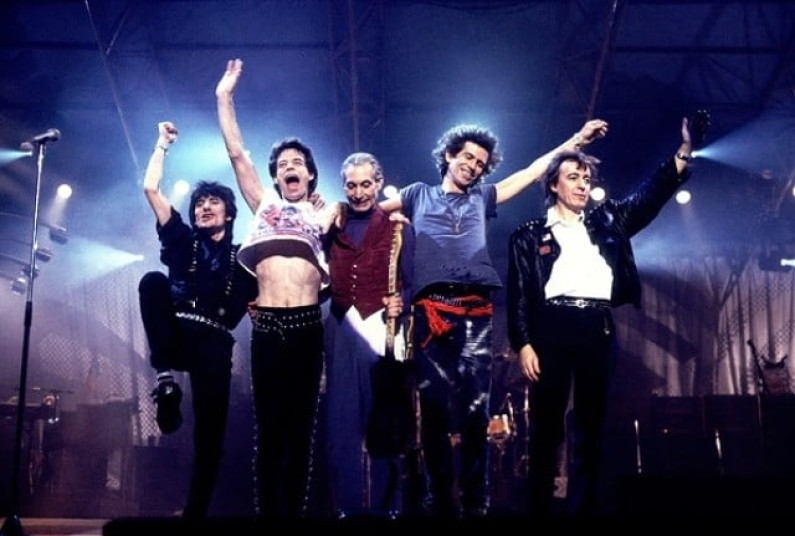 Stewart was removed from the official line-up in 1963 but continued as occasional pianist until his death in 1985. Jones departed the band less than a month prior to his death in 1969, having already been replaced by Mick Taylor, who remained until 1975.

Subsequently, Ronnie Wood has been on guitar in tandem with Richards. Following Wyman’s departure in 1993, Darryl Jones has been the main bassist.

Other notable keyboardists for the band have included Nicky Hopkins, active from 1967 to 1982; Billy Preston through the mid 1970s (most prominent on Black and Blue) and Chuck Leavell, active since 1982. The band was first led by Jones but after teaming as the band’s songwriters, Jagger and Richards assumed de facto leadership.

The Rolling Stones were in the vanguard of the British Invasion of bands that became popular in the US in 1964–65. At first noted for their longish hair as much as their music, the band are identified with the youthful and rebellious counterculture of the 1960s.

Critic Sean Egan states that within a year of the release of their 1964 debut album, they “were being perceived by the youth of Britain and then the world as representatives of opposition to an old, cruel order — the antidote to a class-bound, authoritarian culture.