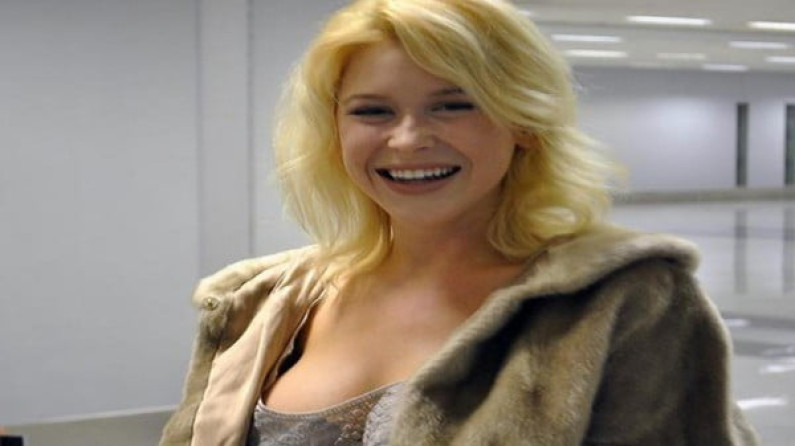 Rebecca Renee Olstead (born June 18, 1989) is an American actress and singer. Active since childhood as an actress, she is best known for her roles in the TV sitcoms Still Standing as Lauren Miller and The Secret Life of the American Teenager as Madison Cooperstein. In addition, she has recorded four studio albums, primarily of jazz music.

Olstead was born in Kingwood, Texas, to Christopher Eric Olstead and Rebecca Lynn Jeffries. Olstead is of Norwegian ancestry. As a child actress, she made films and commercials from age eight onwards. She also attended Centre Stage theatrical school and is mentioned on their website’s alumni.

From 2002 to 2006, she appeared in the TV sitcom Still Standing as middle sister Lauren Miller. Olstead was presented the Young Artist Award for Best Performance in a TV Series (Comedy) – Supporting Young Actress for Still Standing in 2002.

She also had a small part in the 2004 film 13 Going on 30. She is currently (2011) co-starring in the ABC Family series The Secret Life of the American Teenager, about fifteen year old Amy Juergens’s struggle through her unexpected pregnancy and how it affects her peers. Olstead plays the character of Madison Cooperstein, who is one of Amy’s best friends.

In 2004, Olstead released a self-titled album of jazz songs and pop standards for Warner Bros. Records to good reviews: since her previous releases had had limited distribution, this album was considered her true debut. She subsequently performed in Berlin during the Live 8 concert on July 2, 2005.

Olstead also recorded with trumpeter Chris Botti on his 2005 album To Love Again: The Duets and appeared on the 2006 DVD Chris Botti Live with Orchestra and Special Guests. Her singing style is influenced by such great jazz vocalists as Ella Fitzgerald and Sarah Vaughan.