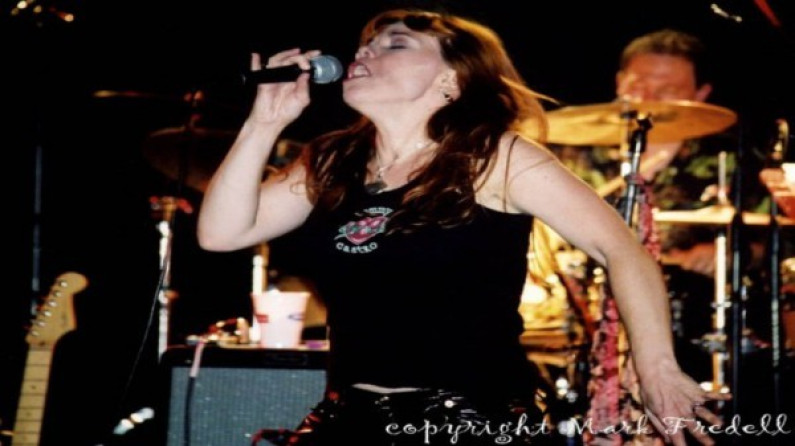 Reneé Austin (born c. 1966) is an American rhythm and blues and soul blues singer, guitarist and songwriter. She had a five octave range, and has opened for Lonnie Brooks, Robert Cray, Delbert McClinton, Los Lobos, Big Head Todd & the Monsters and more.

She released three albums during her career, and supplied backing vocals to the Lamont Cranston Band’s 1997 album, Roll with Me, and on Tommy Castro’s 2005 album, Soul Shaker.

Austin was also part of a group of women who performed in Morgan Freeman’s Blues Divas, as well as singing for a live WWE season premier, whose television audience was six million. Her singing voice was compared by critics to those of Janis Joplin and Tina Turner.

The Philadelphia Inquirer commented that she “embraces a deliciously wide range of roots styles: She belts the blues with sass, swings nimbly on R&B, and fires off some rousing gospel. For good measure, she also shows she can take it uptown with a sultry, soulful ballad.”

It was announced in January 2006 that her career was finished. Following thyroid surgery, she was left with a paralyzed vocal nerve that seemingly made further singing impossible. However, after years of inaction, her voice returned and Austin is contemplating a return to performing.

Austin was born in San Diego, California, United States, and at the age of three moved with her family to Kingsland, Texas. Inspired by the singing of Aretha Franklin, Etta James, Mavis Staples and Tina Turner, by 15 years old she had composed her first song. Encouraged by her parents and, after singing at both church and high school, Austin relocated to Minneapolis to attend college.