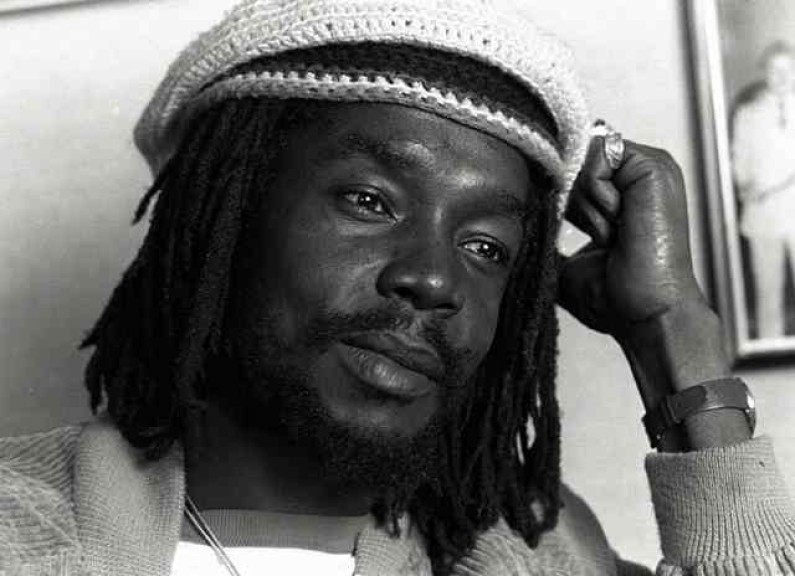 Peter Tosh, OM (born Winston Hubert McIntosh; 19 October 1944 – 11 September 1987) was a Jamaican reggae musician. Along with Bob Marley and Bunny Wailer he was one of the core members of the band The Wailers (1963–1974). After which he established himself as a successful solo artist and a promoter of Rastafari. He was murdered in 1987 during a home invasion.

Tosh began recording and released his solo debut, Legalize It, in 1976 with CBS Records company. The title track soon became popular among endorsers of marijuana legalization, reggae music lovers and Rastafari all over the world, and was a favourite at Tosh’s concerts. His second album Equal Rights followed in 1977.

Tosh organized a backing band, Word, Sound and Power, who were to accompany him on tour for the next few years, and many of whom performed on his albums of this period. In 1978 the Rolling Stones record label Rolling Stones Records contracted with Tosh, on which the album Bush Doctor was released, introducing Tosh to a larger audience.

The album featured Rolling Stones frontmen Mick Jagger and Keith Richards, and the lead single – a cover version of The Temptations song “Don’t Look Back” – was performed as a duet with Jagger. It made Tosh one of the best-known reggae artists.

During Bob Marley’s free One Love Peace Concert of 1978, Tosh lit a marijuana spliff and lectured about legalizing cannabis, lambasting attending dignitaries Michael Manley and Edward Seaga for their failure to enact such legislation. Several months later he was apprehended by police as he left Skateland dance hall in Kingston and was beaten severely while in police custody

Mystic Man (1979), and Wanted Dread and Alive (1981) followed, both released on Rolling Stones Records. Tosh tried to gain some mainstream success while keeping his militant views, but was largely unsuccessful, especially compared to Marley’s achievements. That same year, Tosh appeared in the Rolling Stones’ video Waiting on a Friend.