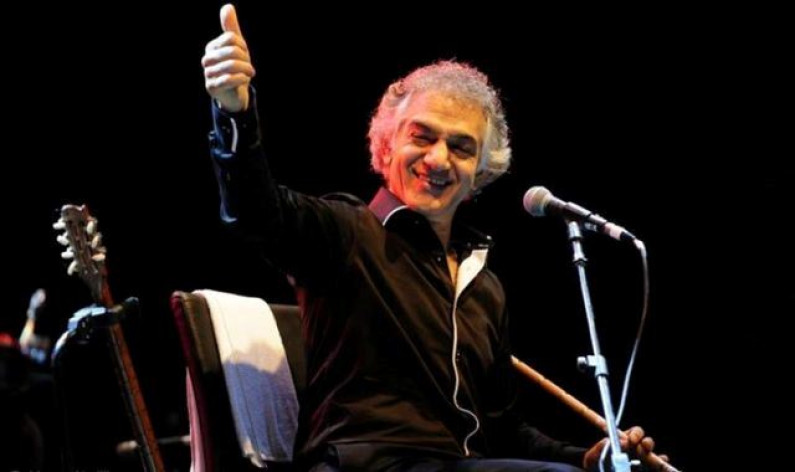 Omer Faruk Tekbilek (born 1951, Adana, Turkey), also known as Omar Faruk Tekbilek, is a Turkish musician and composer, who plays a wide range of wind, string, percussion and electronic instruments. He has developed a style that builds on traditional Sufi music, but includes inspiration from ambient electronic musicians, most notably Brian Keane. He is best known for his performances with the flute-like ney, but also plays the piccolo-like kaval, and the double-reed zurna. Among stringed instruments, he plays the oud and the bağlama. He also sings in many of his recorded works.

Tekbilek’s father was a Turk, a religious man who called out the prayers during services in a mosque. His mother was from Egypt, and her love of the music of Reyad Elsonbaty was passed to her son, who grew up loving Arabesque music. As a young man, Faruk had studied Sufism, and had thought of devoting his life to this mystical branch of Islam. At age 15, he decided to become a professional musician, and quit school. With his brother, he moved to Istanbul, where he befriended a mystical saxophone player named Ismet Siral, who had developed an approach to music based upon intuition: “He would say things like, let’s play for birds, let’s play for pictures.”

In 1971, Tekbilek toured the United States with a Turkish folk ensemble, and met his future wife. After completing his compulsory military service in Turkey, Tekbilek returned to America and found few opportunities for a musician of his training. He worked in an apparel factory in Rochester, New York during the week and played with a band called the “Sultans” during his free time; the band was formed with his brother-in-law and a variety of musicians with roots in the eastern Mediterranean. Initially the band focused on pop, but it soon moved to music with an eastern Mediterranean sound, where Tekbilek could exercise his talents.

Over the next 12 years, Tekbilek honed his craft and had three children, continuing to work in an apparel factory. But in 1988, he was “discovered” by Brian Keane who was looking for a specific sound to include in his soundtrack for the movie Suleyman The Magnificent. Keane became Tekbilek’s producer, and gradually Tekbilek became better known.Since 2010, Tekbilek has become well known in his native Turkey.

Tekbilek is the recipient of the “Best Artist of the Turkish Music Award 2003” from the “Turkish Writers Association”.

He is a nominee for the BBC World Music Award 2003 in the category of the Middle East.

He is also the recipient of the US Golden Belly Musician-Of-The-Year-Award, for 1998 and again, for 1999.