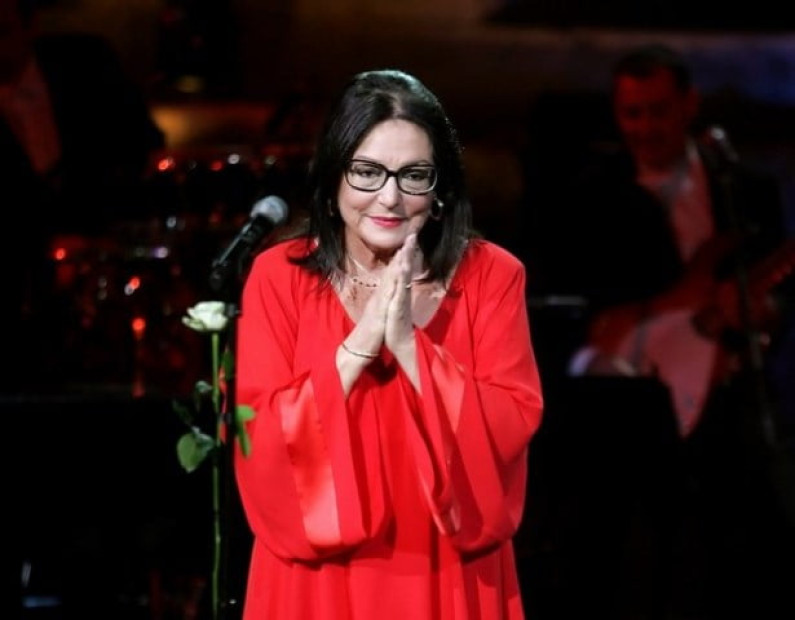 Nana Mouskouri , born Ioánna Moúschouri on October 13, 1934, in Chania, Crete, Greece, is a Greek singer. She was known as “Nána” to her friends and family as a child.

Mouskouri’s family sent her and her older sister Eugenía (Jenny) to the Athens Conservatoire. Although Mouskouri had displayed exceptional musical talent from age six, Jenny initially appeared to be the more gifted sibling.

Financially unable to support both girls’ studies, the parents asked their tutor which one should continue. The tutor conceded that Jenny had the better voice, but Nana was the one with the true inner need to sing.

Mouskouri has said that a medical examination revealed a difference in her two vocal cords and this could well account for her remarkable singing voice (in her younger years ranging from a husky, dark alto, which she later dropped, to a ringing coloratura mezzo), as opposed to her breathy, raspy speaking voice.