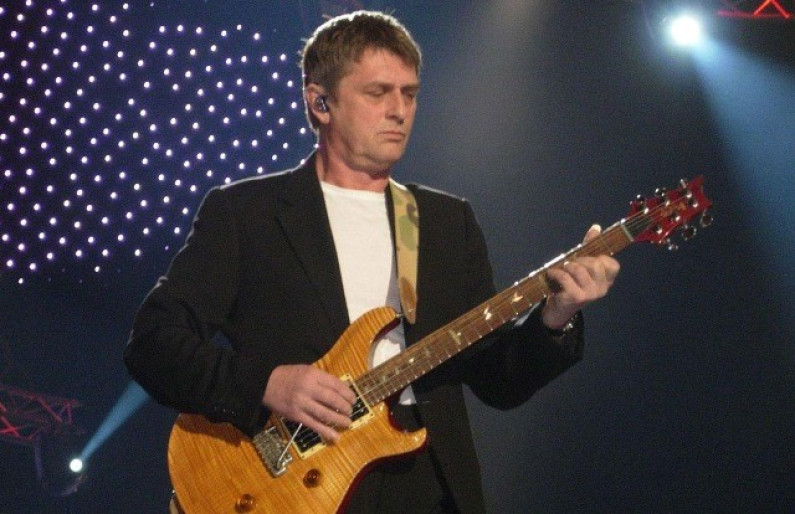 He is best known for his 1973 album Tubular Bells – which launched Virgin Records and became a hit after its opening was used as the theme for the film The Exorcist – and for his 1983 hit single “Moonlight Shadow”.

He is also known for his hit rendition of the Christmas piece “In Dulci Jubilo”. Oldfield has released more than 20 albums with the most recent being a rock themed album titled Man on the Rocks, released in 2014

Oldfield’s career began fairly early, playing acoustic guitar in local folk clubs. At this time, he already had two 15-minute instrumental pieces in which he would “go through all sorts of moods”, precursors to his landmark 1970s compositions.

In his early teens, Oldfield was involved in a beat group playing The Shadows-style music (he has often cited Hank Marvin as a major influence, and would later cover The Shadows’ song “Wonderful Land”).

In 1967, Oldfield and his sister formed the folk duo The Sallyangie and were signed to Transatlantic Records after exposure in the local folk scene. An album, Children of the Sun, was issued in 1968. After The Sallyangie disbanded, he formed another duo, called Barefoot, with his brother, which took him back to rock music.

The band also included keyboardist and composer David Bedford, who quickly befriended Oldfield, encouraged him in his composition of an early version of Tubular Bells and later arranged and conducted an orchestral version of the Tubular Bells album. Oldfield was also the reserve guitarist for the musical Hair and played with the Sensational Alex Harvey Band.