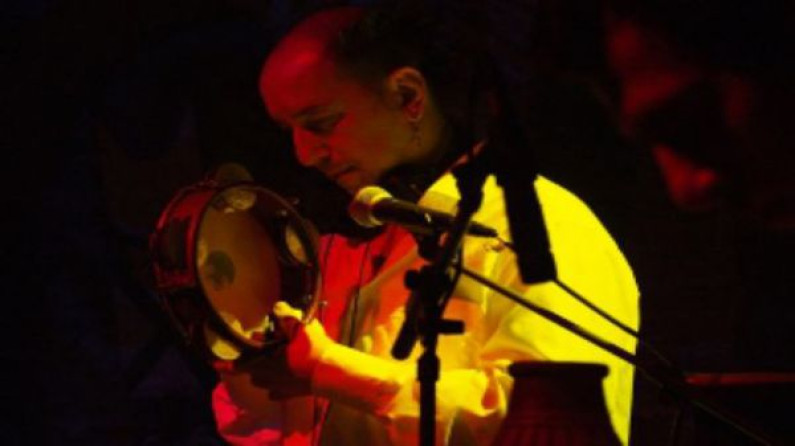 Mercan Dede (born Arkın Ilıcalı, 1966, Bursa, Turkey), also known as DJ Arkin Allen, is a Turkish composer, ney and bendir player, DJ and producer. He divides his time between Turkey, Europe and North America. He is a world music artist, playing a fusion of traditional acoustic Turkish and other oriental musics with electronic sounds.

His best known albums include Seyahatname, Su, and Nar. He has worked in collaboration with Turkish and international musicians such as Susheela Raman, Dhafer Youssef, Sheema Mukherjee (Transglobal Underground) and Hugh Marsh.

Dede was born to working-class secular parents in Bursa. He moved to Istanbul from Bursa to study journalism and photography at Istanbul University. Upon his graduation, he received a scholarship from the University of Saskatchewan and moved to Montreal, Canada.

The Mercan Dede ensemble was founded in 1997 by which time Arkın had been working as a musician for some years. Their first album was Sufi Dreams, released in 1998. This album got a boost when the music was used in a German television documentary on Sufi music.

In 2001 he released his third album, Seyahatname, which means “travelogue” in old Turkish, evoking the era of the great caravanserai crossing Anatolia on the silk road.

The sound of the ney goes back to this period, and the music aspires to the spirit of the mystic Sufi poets of that time, such as Mevlana.

Dede describes the sound of the ney as “a pure, universal spiritual sound” evoking deep feelings, deeper than we can comprehend in just our short time on earth.

The ney “speaks the language of love, instantly comprehensible in the heart, compared to which all the mosques, churches, temples built to decorate (our spirituality) drift away”. The album is Dede’s personal effort to reflect on his own spiritual journey.