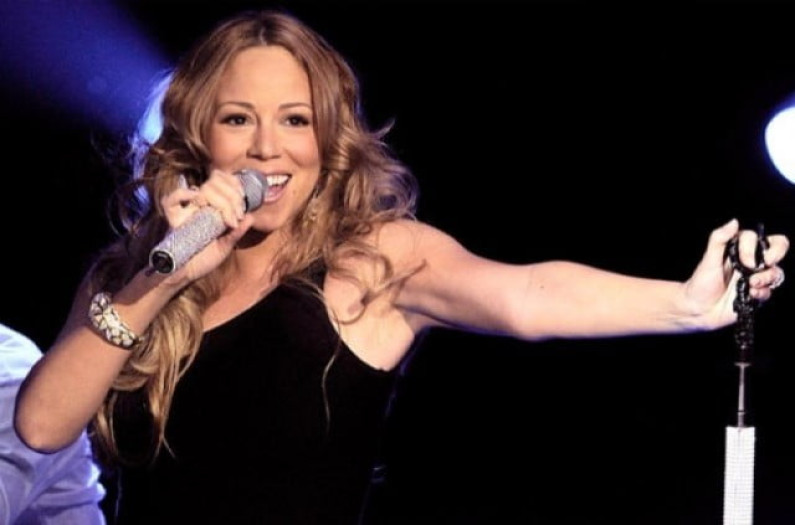 Carey left Columbia in 2000, and signed a $100 million recording contract with Virgin Records America. Before the release of her film Glitter (2001), she suffered a physical and emotional breakdown and was hospitalized for severe exhaustion. Following the film’s poor reception, she was bought out of her recording contract for $50 million, which led to a decline in her career.

She signed a multimillion dollar contract deal with Island Records in 2002, and after an unsuccessful period, returned to the top of music charts with The Emancipation of Mimi (2005). Its second single “We Belong Together” became her most successful single of the 2000s, and was later named “Song of the Decade” by Billboard.

Carey once again ventured into film with a well-received supporting role in Precious (2009); she was awarded the “Breakthrough Performance Award” at the Palm Springs International Film Festival, and received Black Reel and NAACP Image Award nominations.

With the release of “Touch My Body” (2008), Carey gained her 18th number-one single in the United States, more than any other solo artist. In 2012, Carey was ranked second on VH1’s list of the “100 Greatest Women in Music”. Aside from her commercial accomplishments, Carey has won five Grammy Awards, 19 World Music Awards, 11 American Music Awards, and 31 Billboard Music Awards.

Referred to as the “songbird supreme” by the Guinness World Records, she is famed for her five-octave vocal range, power, melismatic style and signature use of the whistle register.