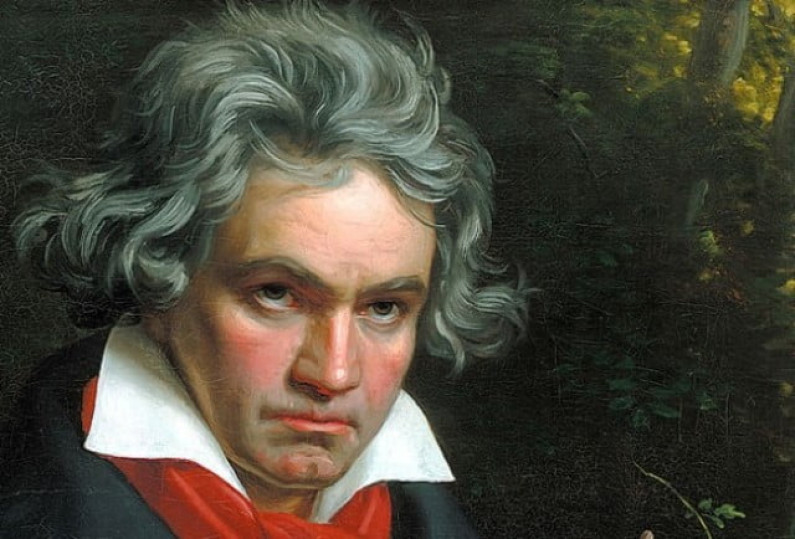 Ludwig van Beethoven baptised 17 December 1770 – 26 March 1827 was a German composer and pianist. A crucial figure in the transition between the Classical and Romantic eras in Western art music, he remains one of the most famous and influential of all composers.

Born in Bonn, then the capital of the Electorate of Cologne and part of the Holy Roman Empire, Beethoven displayed his musical talents at an early age and was taught by his father Johann van Beethoven and by composer and conductor Christian Gottlob Neefe. At the age of 21 he moved to Vienna and began studying with Joseph Haydn, quickly gaining a reputation as a virtuoso pianist.

He lived in Vienna until his death. By his 30s his hearing began to deteriorate, and by the last decade of his life he was almost totally deaf. In 1811 he gave up conducting and performing in public but continued to compose; many of his most admired works come from these last 15 years of his life.

Beethoven was the grandson of Ludwig van Beethoven (de) (1712–73), a musician from the town of Mechelen in the Duchy of Brabant in the Flemish region of what is now Belgium, who at the age of twenty moved to Bonn.

Ludwig (he adopted the German cognate of the Dutch Lodewijk) was employed as a bass singer at the court of the Elector of Cologne, eventually rising to become Kapellmeister (music director).

Ludwig had one son, Johann (1740–1792), who worked as a tenor in the same musical establishment and gave lessons on piano and violin to supplement his income. Johann married Maria Magdalena Keverich in 1767; she was the daughter of Johann Heinrich Keverich, who had been the head chef at the court of the Archbishopric of Trier.