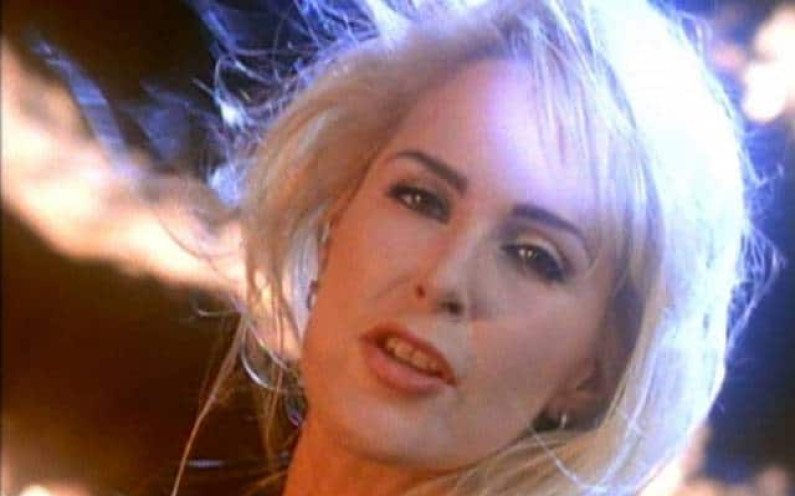 Lita Rossana Ford (born September 19, 1958) is a British-American rock guitarist, vocalist and songwriter, who was the lead guitarist for The Runaways in the late 1970s before embarking on a solo career in the 1980s.

Ford was born to a British father and an Italian mother in London, England. When she was about in second grade, she moved with her family to the United States, eventually settling in the Los Angeles area.Inspired by Ritchie Blackmore’s work with Deep Purple, she began playing the guitar at the age of 11. Her vocal range is mezzo-soprano.

In 1975, at age 16, Ford was recruited by recording impresario Kim Fowley to join the all-female rock band he was assembling called The Runaways. The band soon secured a recording contract and released their first album in 1976.

The band’s “jailbait on the run” gimmick garnered significant media attention and The Runaways became a successful recording and touring act during their late 1970s heyday. Ford’s lead-guitar playing became an integral element of the band’s sound until their eventual break-up in April 1979.

In 1977, internal conflicts were erupting within The Runaways, who had by that time already parted ways with producer Fowley, lead singer Cherie Currie, and bassist Jackie Fox.

Vocalist/guitarist Joan Jett wanted the band to shift to a more Ramones-influenced punk rock sound, while Ford and drummer Sandy West wanted to continue playing the hard rock-oriented songs the band had become known for.With neither faction willing to compromise, the band finally broke up in April 1979.

Following the breakup of The Runaways, Ford set about launching a solo career. Her debut solo album, entitled Out for Blood, was released in 1983 and was a commercial disappointment.

Her next release, Dancin’ on the Edge (1984) achieved moderate success and Ford’s popularity began to rise. Dancin’ on the Edge included the single “Fire in My Heart”, which reached the Top 10 in several countries outside the United States. The follow-up single, “Gotta Let Go”, performed better, reaching number one on the Mainstream Rock charts.

Lita said in an interview that she recorded an unreleased album with RCA Records, and Tony Iommi didn’t perform on it.

Ford signed with RCA Records, hired Sharon Osbourne Management, and re-emerged with a more radio-friendly pop-metal sound. In 1988, she released her most commercially successful album, the self-produced Lita.

Ford followed up the success of Lita with the album Stiletto (1990). Stiletto featured the singles “Hungry” and “Lisa” (a song dedicated to her mother). However, the album failed to match the success of her previous release.

Ford’s next release was Dangerous Curves (1991), which featured her last charting single to date, “Shot of Poison”. Ford’s final album prior to a lengthy recording hiatus was Black on the German ZYX Records.