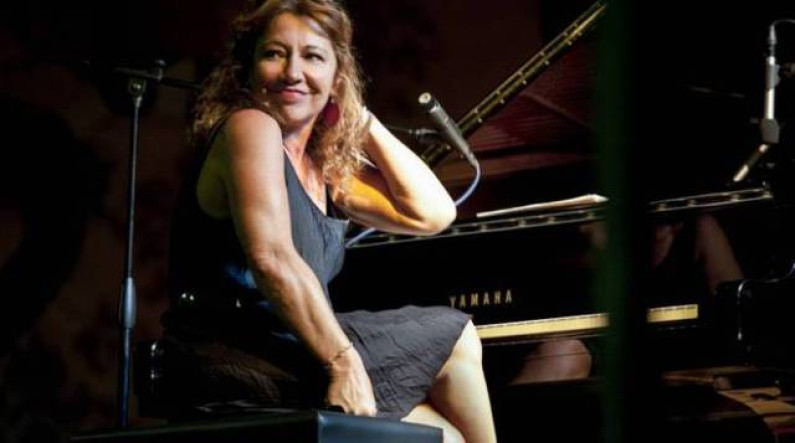 Laura Fedele ( Genoa , 12 September 1959 ) is a singer-songwriter and pianist Italian.

Born in Genova , but from Naples, he moved twenties to Milan where he attended the local jazz scene.

personal interpreter of classic jazz and blues especially of the female repertoire, he is noted for the intensity and adaptability to musical genres different from each other.

In 1995 she was invited to the Tenco Prize while in the season 1999 – 2000 brings on stage the theatrical-musical show based on texts by Dario Fo ‘The ballista and pianist’.

Revisit the best songs in the best tradition of jazz, (devotes an album Nina Simone ) and blues, not forgetting popular music and the reinterpretation of classic Italian and foreign songwriters (an entire album pays homage to Tom Waits ). His concerts are accompanied by famous jazz musicians such as Paul Tomelleri , Stefano Dall’Ora and Gio Rossi.

She was singing jazz teacher at the Conservatory of Music “G. Verdi” of Como .