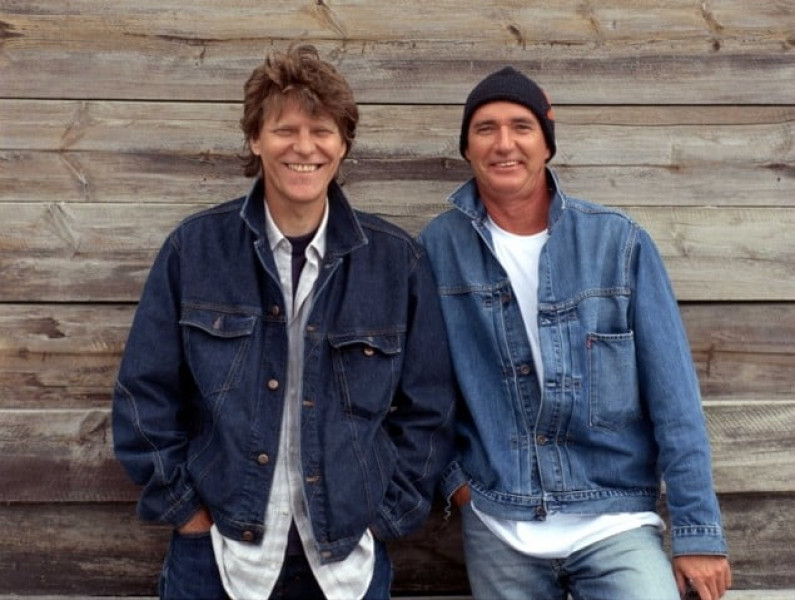 Laid Back is a Danish electronic music duo group from Copenhagen, formed in 1979. The duo consists of John Guldberg (vocals, guitar, bass) and Tim Stahl (vocals, keyboards, drums, bass). They are best known for the hits “Sunshine Reggae” and “White Horse” from 1983 and “Bakerman” from 1989.

Guldberg and Stahl met in the mid-1970s, and played together in a group called The Starbox Band. After a poorly received show supporting The Kinks, the band split up, but the duo continued working together.

Guldberg set up a small studio in downtown Copenhagen where the two musicians began exploring the possibilities that were being opened up by new technologies, such as multitrack tape recorders, synthesizers and drum machines.

Their debut album, simply titled Laid Back, was released in 1981, and the single “Maybe I’m Crazy” became a number-one hit in Denmark.

The next year, the single “Sunshine Reggae” was released, and became another chart-topper in their home country; it was later included on the band’s second album, Keep Smiling, in 1983, and went on to become a number-one single in Italy, West Germany, and nineteen other countries around the world. In the US, however, it was the single’s B-side that became the band’s only big hit.

“White Horse” is a funk-influenced dance track with a memorable bassline and ambiguous, drug- and/or sex-themed lyrics (“white horse” being a slang for heroin) that became popular in US clubs).

After the song was re-released as an A-side on both 7-inch and 12-inch vinyl, it went on to spend three weeks at number one on Billboard‍ ’​s National Disco Action charts; it was also a crossover success, reaching the top five on the Hot Black Singles chart while peaking at number 26 on the Billboard Hot 100 in early 1984.

Its relatively poor performance on the Hot 100 is most likely due to the track’s controversial lyrics (including the word “bitch”), which prevented it from receiving radio airplay in much of the country.