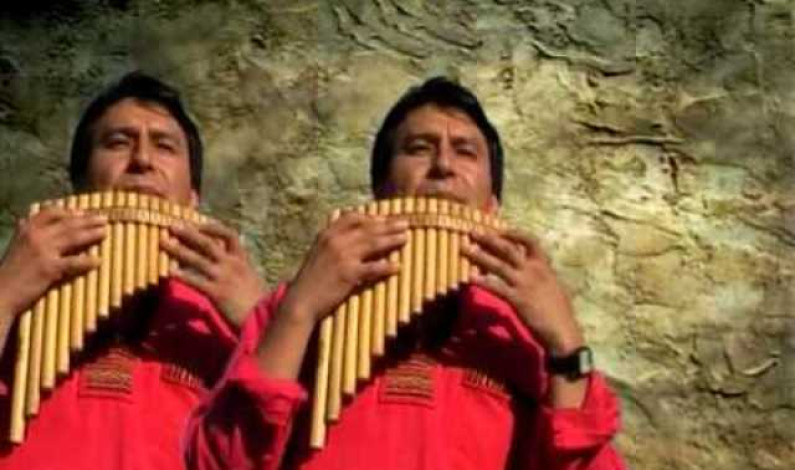 in 1988 the musical activity of Gilmar Ramirez Jaimes was held in the Art Museum in Lima. He spent a period of cultural time with the groups Auki and Antarqui. At the same time, he took part at the workshop of the group Yawar, which organized concerts every Saturday.

In 1989, he became a member of the Yawar´s music’s school. He contributed to the fundation of the groups Tusuy and Pachacamaq.

Their members are today active in different parts of the world. While the group was on tour, he was responsible for the teaching work at the music school.

In 1992, he recorded Andean music together with the group Waras in Peru, Lima.

In 1993 he became member of the group Cantos del Pueblo, with which he participated in some concerts held by well-known groups from Peru and other foreign countries, such as Illapu from Chile, Los Kjarkas, Proyección from Bolivia, Wayanay, Duo Gaitan Castro from Perú, etc.

In August 1993, he traveled for five months to Germany, where he gave some concerts together with the present group. The next May he traveled again to Europe, where three months later he brought out his first CD titled with “Cumbres” in cooperation with the group “Cantos del Pueblo”.

In 1995, Gilmar founded in Wuppertal the group “Del Sol” with the support of the pastor Klaus Nickl, who renamed the group as Hijos del Sol, which means in English children of the sun.

In this year, the group produced a tape with religious children’s songs. In the following years, Gilmar recorded more CDs, which were produced in Europe and the U.S.A. In October, the group traveled to Taizé, in the South of France, and took part in the International Youth Meeting.

One year later, in 1996, the group Hijos del Sol made a tour through Germany, Belgium, Holland and France where they made advertisement for their next CD La Oración del Inka including mainly Latin American Songs.