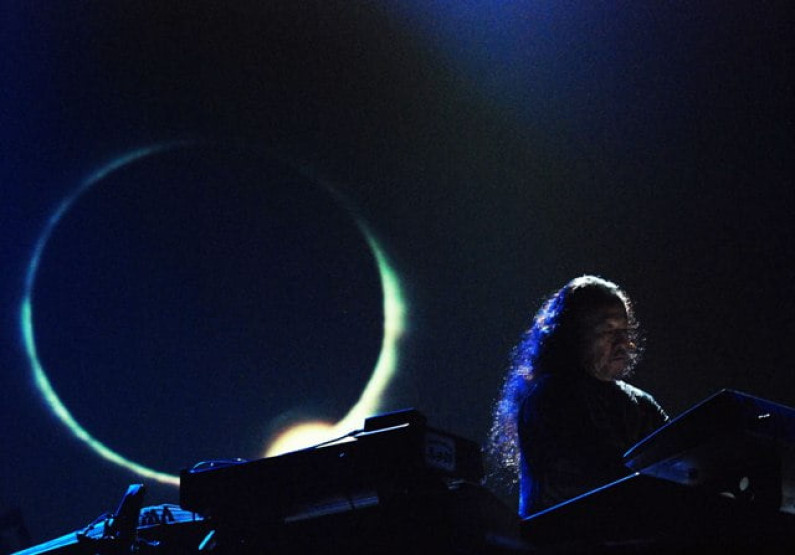 Back in Japan, Kitaro started his solo career in 1977. The first two albums Ten Kai and Full Moon Story became cult favorites of fans of the nascent new-age movement.

He performed his first symphonic concert at the ‘Small Hall’ of the Kosei Nenkin Kaikan in Shinjuku, Tokyo.

The Silk Road: The Rise And Fall Of Civilizations is an NHK Tokushu documentary series that first aired on 7 April 1980, with sequels being broadcast over a 10-year period.

It took a total of 17 years from conception to complete what many consider a landmark in Japan’s broadcasting television history. The intention of the program was to reveal how ancient Japan was influenced by the Silk Road trade route.

The documentary was narrated by Ishizaka Koji with music composed by Kitaro, who insisted that the show be broadcast in stereo. The music was composed mainly using a Minimoog, Minikorg 700 and Maxikorg DV800.

The series of soundtracks sold millions and the success created from the program brought Kitaro international attention.

In 1984, Kitaro embarked on a “Live in Asia” tour. Notably, he was forced to cancel a leg in Singapore because he had long hair and at that time the country had a policy banning it.

He entered into a worldwide distribution arrangement with Geffen Records in 1986. This included a re-releasing of six prior albums titled Astral Voyage, Full Moon Story, Millennia, India, Silver Cloud and Asia (each packaged with Japanesque obi strips) as well as a new album, aptly titled Towards the West.