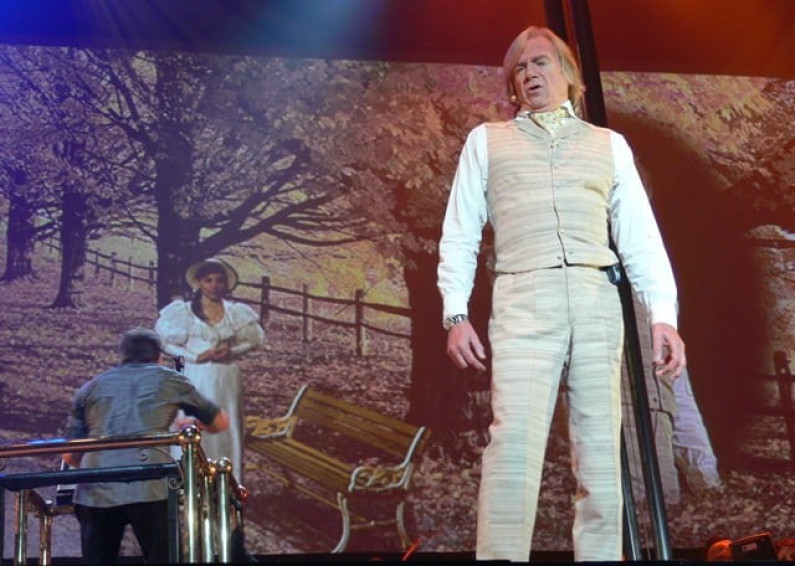 Hayward was born in Dean Street, Swindon, Wiltshire, England, and educated at Shrivenham School in Berkshire, and the Commonweal School in Swindon. He was playing in several bands as early as age 15 when he bought his Gibson 335, a guitar that appears on nearly all of his records throughout his career and a Vox AC30 amplifier.

All previous guitars were “unsatisfactory” and required modification. He performed with local Swindon groups in clubs and dance halls playing mostly Buddy Holly songs. One of Hayward’s early groups was All Things Bright, which opened for The Hollies and Brian Poole and the Tremeloes.

At age 17, he signed an eight-year publishing contract as a songwriter with the skiffle artist and record producer Lonnie Donegan, a move Hayward later regretted, as it meant the rights to all his songs written before 1974 would always be owned by Donegan’s Tyler Music.

In 1965 he answered an advertisement in Melody Maker and auditioned as guitarist for Marty Wilde and he went on to work with Wilde and his wife in The Wilde Three.

In 1974, the Moody Blues decided to take what ended up being a four-year break from performing and recording. Hayward continued working with Lodge and producer Tony Clarke, using musicians from the Moody Blues’ label, Threshold, and sounding very much like the mother group. Together, they had a hit in 1975 with “Blue Guitar” (a Hayward recording with the band 10cc), and released an album titled Blue Jays.