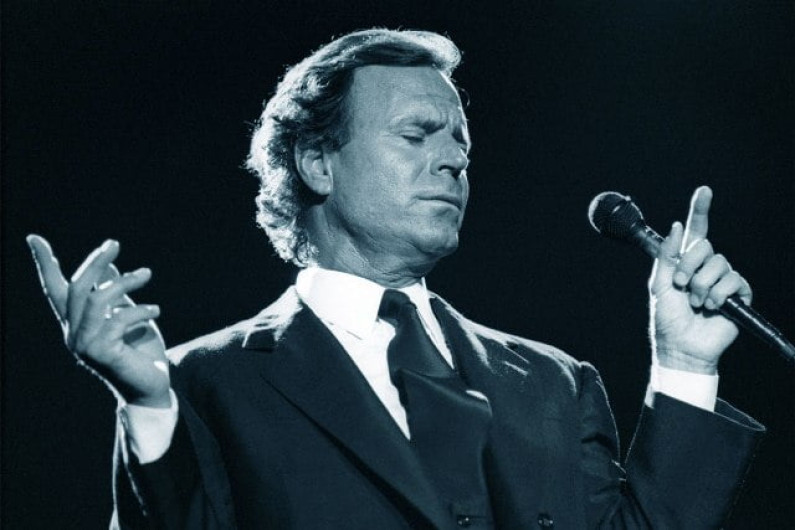 The album spent 15 weeks in the Spanish charts, and peaked at #3. He represented Spain in the 1970 Eurovision Song Contest, finishing in fourth place, behind Ireland’s winning entry performed by Dana. His entry was the song “Gwendolyne.”

Shortly after he had a number one hit in many European countries with “Un Canto A Galicia”, sung in Galician, in honour of his father, who hailed from Galicia. That single sold 1 million copies in Germany.

In 1984, he released 1100 Bel Air Place, the hit album which established him as a star in the English-speaking entertainment industry. It sold over three million albums in the United States alone. The first single “To All the Girls I’ve Loved Before”, a duet with Willie Nelson, hit #1 on the Country charts and went Top Five in the Billboard Hot 100.