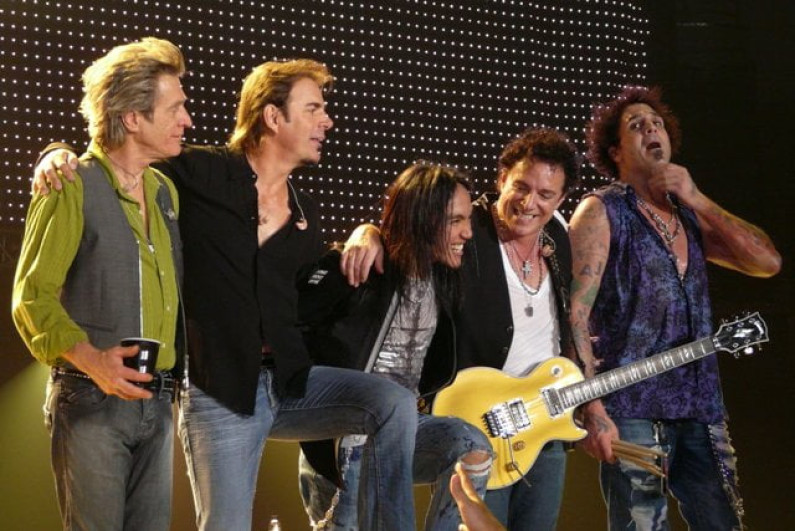 Journey is an American rock band that formed in San Francisco in 1973, composed of former members of Santana and Frumious Bandersnatch. The band has gone through several phases; its strongest commercial success occurred between 1978 and 1987, after which it temporarily disbanded.

During that period, the band released a series of hit songs, including 1981’s “Don’t Stop Believin'”, which in 2009 became the top-selling track in iTunes history amongst songs not released in the 21st century.

Its parent studio album, Escape, the band’s eighth and most successful, reached No. 1 on the Billboard 200 and yielded another of their most popular singles, “Open Arms”.

Its 1983 follow-up album, Frontiers, was almost as successful in the United States, reaching No. 2 and spawning several successful singles; it broadened the band’s appeal in the United Kingdom, where it reached No. 6 on the UK Albums Chart. Journey enjoyed a successful reunion in the mid-1990s and later regrouped with a series of lead singers.

They have had eighteen Top 40 singles in the US (the second most without a Billboard Hot 100 number one single behind Electric Light Orchestra with 20), six of which reached the Top 10 of the US chart and two of which reached No. 1 on other Billboard charts, and a No. 6 hit on the UK Singles Chart in “Don’t Stop Believin'”.