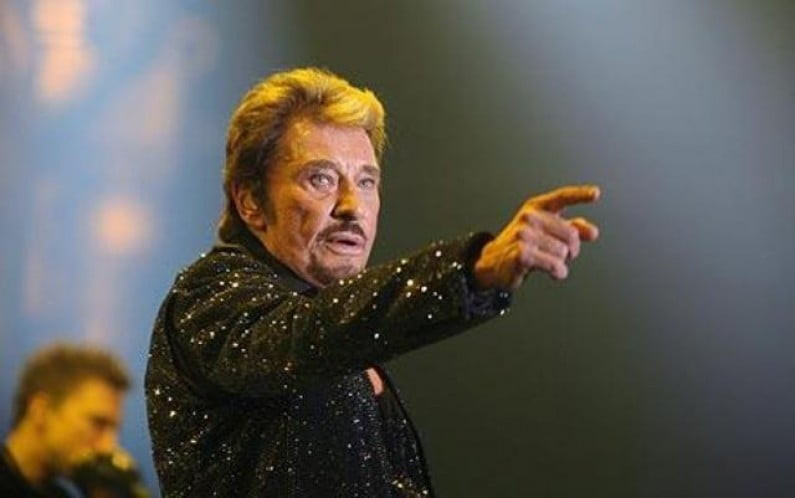 Jean-Philippe Smet (born 15 June 1943), better known by his stage name Johnny Hallyday (French pronunciation is a French singer and actor. An icon in the French-speaking world since the beginning of his career, he has been called “the French Elvis”.

He was married for 15 years to popular Bulgarian-French singer Sylvie Vartan and the two were considered a “golden couple” for 20 years. Hallyday has completed 181 tours, had 18 platinum albums, and has sold more than 80 million records worldwide, making him one of the world’s best-selling music artists of all time.

He announced his retirement from performing on 3 December 2007, saying that he would retire in 2009, after a farewell tour.
However, Hallyday announced in March 2012 that he would perform in Los Angeles on 24 April, in Quebec City on 10 July, and in New York City on 7 October, and he has continued to tour throughout the world (including Europe, North America, and Asia) through 2014.

Nevertheless, at an international level he is still considered as the only non-Anglophone rock musician having a large international reputation. He was made Chevalier (Knight) of the Légion d’honneur in 1997.