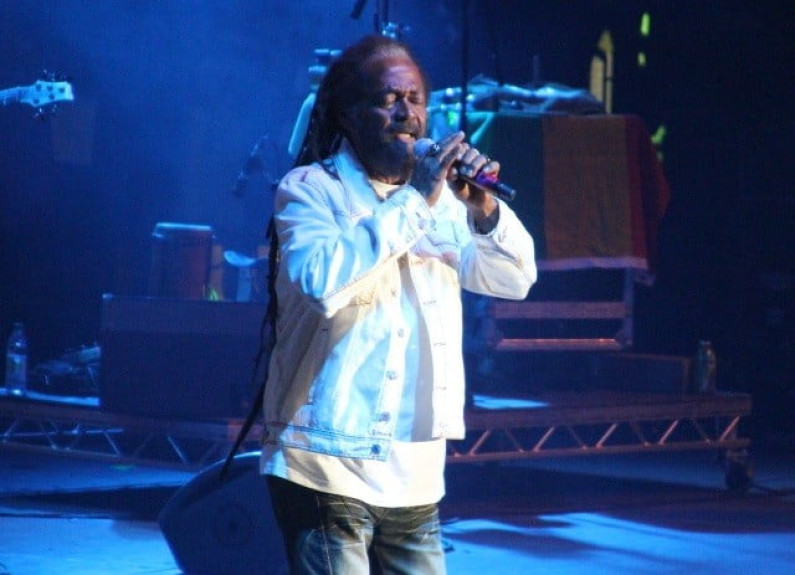 Winston Holt CD (11 July 1947 – 19 October 2014), better known as John Holt, was a reggae singer and songwriter from Jamaica who first found fame as a member of The Paragons, before establishing himself as a solo artist.

Holt was born in the Greenwich Farm area of Kingston, Jamaica, in 1947. His mother Amy was a nurse. By the age of 12, he was a regular entrant in talent contests run at Jamaican theatres by Vere Johns, winning 28 contests, some broadcast live on Radio Jamaica.

He recorded his first single in 1963 with “Forever I’ll Stay”/”I Cried a Tear” for record producer Leslie Kong, and also recorded a duet with Alton Ellis, “Rum Bumper”, for producer Vincent “Randy” Chin.

In 1965 Holt joined Bob Andy, Garth “Tyrone” Evans, and Junior Menz in their group the Binders; Menz departed to be replaced by Howard Barrett and they changed their name to the Paragons.

They initially recorded for Clement “Coxsone” Dodd’s Studio One before cutting a succession of singles for Duke Reid at his Treasure Isle Studio in the rocksteady era of 1966–1968; They enjoyed a string of hits, including “Ali Baba”, “Tonight”, “I See Your Face” and the Holt-penned “The Tide Is High” (later made famous by Blondie and also covered by Atomic Kitten).

“Wear You to the Ball” was another of his hits with the Paragons, and it made the charts again when U-Roy (whom he had introduced to Duke Reid) recorded a Deejay version over it. With Andy having left early on, the departures of Barrett (in 1969) and Evans (in 1970), who had both won scholarships in the US, brought the group to an end.

During his time with the Paragons, he also recorded solo material for Bunny Lee (“Tonight”), and Harry J. He subsequently concentrated on his solo career, recording for Prince Buster (“Oh Girl”, “Rain From the Skies”), Reid (“Stealing Stealing”, “Ali Baba”), Dodd (including “Fancy Make-up”, “A Love I Can Feel”, “Let’s Build Our Dreams” and “OK Fred”), Alvin Ranglin (“Strange Things”), and Phil Pratt (“My Heart Is Gone”).

By the early 1970s, he was one of the biggest stars of reggae, and his work with producer Lee was key to his success; “Stick By Me” was the biggest selling Jamaican record of 1972, one of a number of records recorded with Lee. His 1973 Harry Mudie-produced album, Time Is The Master, was successful, with orchestral arrangements recorded in London by Tony Ashfield.