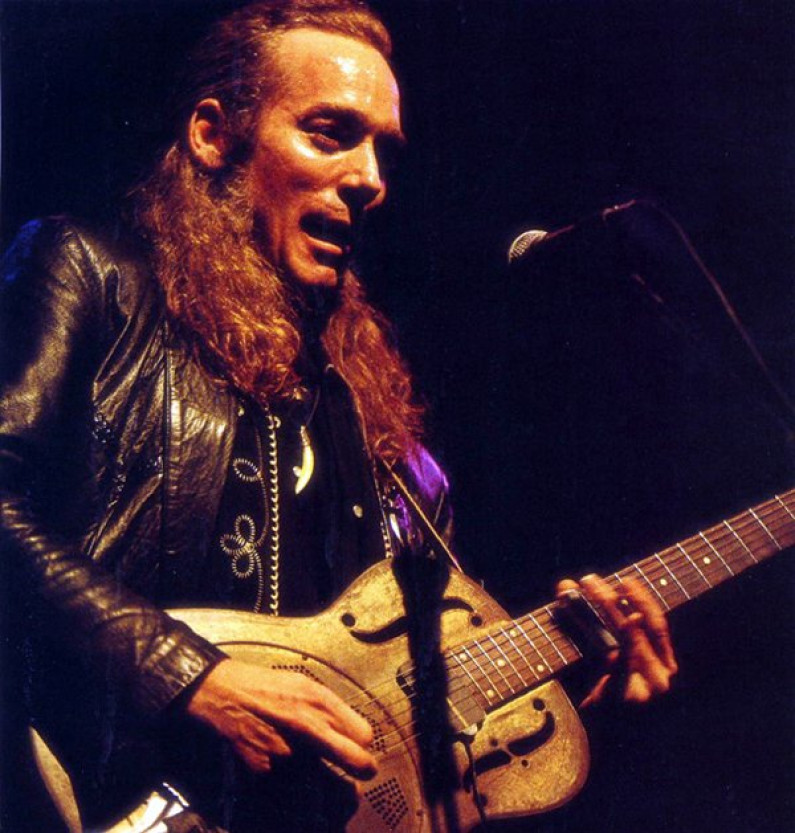 John Allen Campbell (January 20, 1952 – June 13, 1993) was an American blues guitarist, singer and songwriter, who was born in Shreveport, Louisiana.

A guitarist who took blues technique to new heights in concerts with a blend of driving rhythms, staccato riffs and bravura slide guitar sequences, his favoured instruments were a 1952 Gibson Southern Jumbo acoustic, a 1934 National Steel and a 1940’s National resophonic guitar.

He grew up in Shreveport, Louisiana, and his first group was the Texas based electric power trio, Junction. Formed in 1973, in Corpus Christi, Texas, the band consisted of John on guitar and vocals, Tim Delaney on bass and vocals, and Jack “Satch” Haupt on drums and vocals.

The trio disbanded two years later, and Campbell cut his first album titled Street Suite. At the eve of the 1980s he spent a time at the Robin Hood Studios in Tyler, Texas and taped a demo with his acoustic versions of blues standards. In 2000 these twelve tracks were issued as the compilation album, Tyler, Texas Session.

As a solo artist, Campbell continued to play in clubs of east Texas, and he also appeared in New Orleans. In 1985 he moved to New York and joined the local blues scene.

His next album, A Man And His Blues, featured Ronnie Earl as producer and guest guitarist, was recorded during two days in April 1988, and was released on a small German record label. Its follow-up releases were on Elektra, One Believer (1991) and Howlin’ Mercy (1993). The latter included the single cover version of Led Zeppelin’s “When The Levee Breaks”.

At the time when his recordings and live performances, including an extensive U.S. tour with Buddy Guy as well as two European ventures in 1992 and 1993, were gaining him popularity, Campbell suffered heart failure, in his sleep, aged 41, at his home in New York.