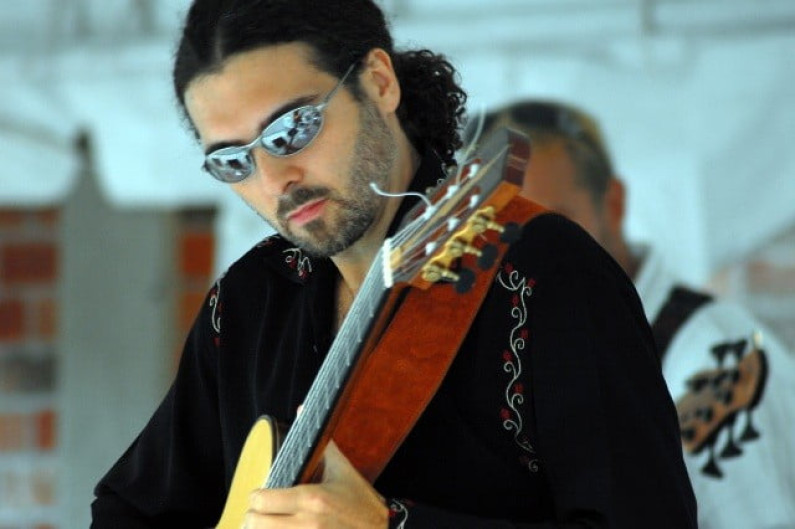 Johannes Linstead (also records under the name Sevaji) is an award-winning Canadian guitarist and instrumentalist who fuses virtuoso Spanish-style guitar with Afro-Cuban, Middle Eastern, and Latin American percussion and instrumentation.

In 2010, Linstead was named “World Artist of the Year” in the T.O.M.A Awards (The Ontario Music Awards), was the recipient of “Best World Album” and “Best Instrumental Album – Acoustic” in the ZMR Awards, and signed an influential artist endorsement deal with the Yamaha Corporation of America.

Further accolades include being named “Guitarist of the Year” in the prestigious Canadian Smooth Jazz Awards (2007), two NAR Lifestyle Music Awards, a nomination for a Juno Award and others.

Johannes Linstead began studying guitar at age eight, when he was given a guitar for his birthday. As he progressed, he gravitated to the classical guitar; the only music he was exposed to as a child.

In his teens, however, he also developed a love for other styles, such as rock, flamenco, and jazz. Popular composers and guitarists which have impacted Linstead as a musician include Sor, Tarrega, Giuliani, Randy Rhoads, Steve Vai, Yngwie Malmsteen, Jorge Strunz, Sabicas, Paco de Lucia, Al Di Meola, John McLaughlin and Angel Romero.

In high school he joined the school’s jazz band and won the “Musician of the Year” award – the first of many awards and recognitions he has since earned.

Further influences in his music come from travel across the globe, including India, Bahrain, Spain, Cuba, Mexico, and at least two dozen others.