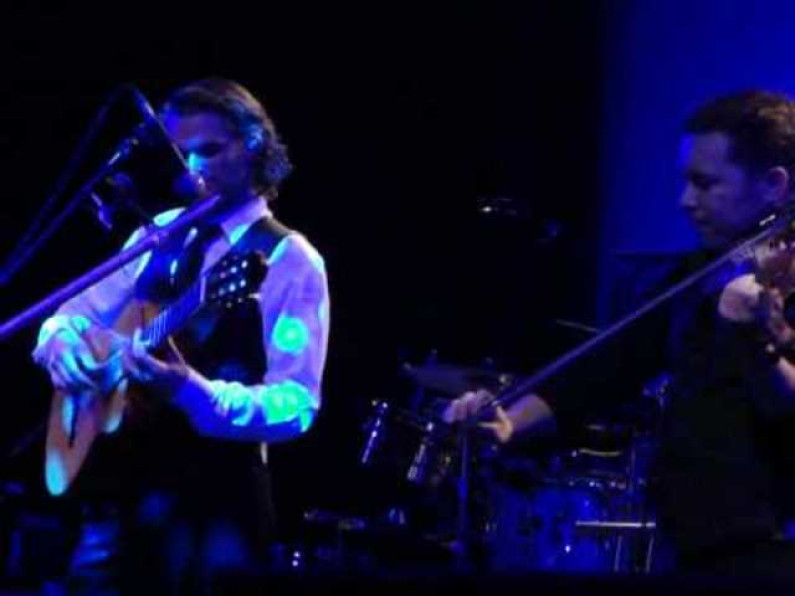 Jesse Arnaud Cook is a Canadian guitarist, composer, and producer. Widely considered one of the most influential figures in nuevo flamenco music, he incorporates elements of flamenco rumba, jazz and many forms of world music into his work.

He is a Juno Award winner, Acoustic Guitar Player’s Choice Award silver winner in the Flamenco Category, and a three-time winner of the Canadian Smooth Jazz award for Guitarist of the Year. He has recorded on the EMI, E1 Music and Narada labels and has sold over 1.5 million records worldwide.

Born in Paris on 28 November 1964 to photographer and filmmaker John Cook and television director and producer Heather Cook, and nephew to artist Arnaud Maggs, Jesse Cook spent the first few years of his life moving between Paris, Southern France and Barcelona.

As a toddler he was fascinated by the guitar and tried to emulate the sound he heard coming from his parents’ recordings of Manitas de Plata, a famous Gypsy guitarist from the region of Southern France known as the Camargue.

After his parents separated, Cook and his sister accompanied his mother to her birth country, Canada. Recognizing the musical aptitude of her son, Cook’s mother arranged for him to take lessons at Toronto’s Eli Kassner Guitar Academy. Cook eventually studied under Kassner, himself a student of the great maestro Andrés Segovia.

While Cook was still a teenager, his father retired to the French city of Arles in the Camargue where his neighbor just happened to be Nicolas Reyes, lead singer of the flamenco group the Gipsy Kings.

During frequent visits to Arles, Jesse Cook became increasingly fascinated by the “Camargue sound”, the rhythmic, flamenco-rumba approach that could be heard on many corners and cafés in the “gipsy barrio”.

Back at home, he continued his studies in classical and jazz guitar at Canada’s Royal Conservatory of Music, York University, and Berklee College of Music in The United States.