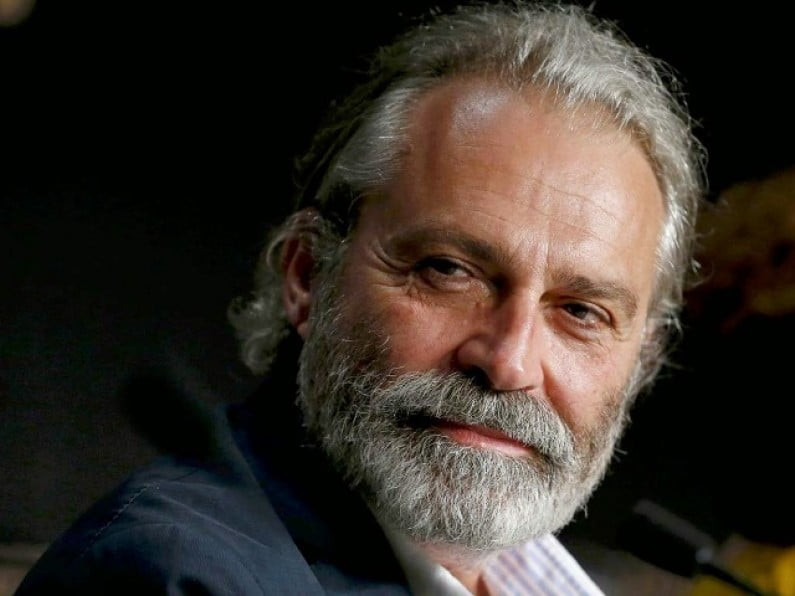 Haluk Bilginer (born 5 June 1954) is a Turkish actor. In addition to his acting career in Turkey, he has also worked in the United Kingdom and remains best known for his role as Mehmet Osman in the television soap opera EastEnders during the 1980s. He has also starred in Hollywood movies as a minor actor. He played a villainous guerrilla leader in the 1987 comedy film Ishtar (one of the most notorious flops in movie history) and a Turkish Mafioso in the 2001 dark comedy film Buffalo Soldiers.

Bilginer was born in İzmir, Turkey. He started his career after graduating from London Academy of Music and Dramatic Art. He landed his first role at EastEnders. During the course of the show, he came to Turkey to star in the 1987 TV series Gecenin Öteki Yüzü (The Other Side of the Night), where he met his eventual first wife Zuhal Olcay, famous Turkish actress and singer. After dividing his time in London and Istanbul for six years, he left the show to stay in Turkey permanently and married Zuhal Olcay in 1992. He guest starred in an episode of Young Indiana Jones as Ismet Inönü, and went on to star in the Yavuz Özkan film “İki Kadın” (Two Women). He then starred in various movies including the controversial Istanbul Kanatlarımın Altında (Istanbul Under My Wings) and the famous Usta Beni Öldürsene (Master, Kill Me). After critical acclaim for these roles, he earned his first award as a supporting actor in Masumiyet (Innocence).

After deciding he wants to pursue career on stage, he founded “Tiyatro Stüdyosu” (Theatre Studio) with his wife Zuhal Olcay and Ahmet Levendoğlu in 1990. After starring in various plays for six years, he had to return to screen in 1996 because of a fire that has destroyed the theater. He and his wife starred in television and movies to raise money to found another theater. During this era, he starred in Eyvah Kızım Büyüdü (Oh My, My Daughter Has Grown), starting his second era in television. After years of work, he and his wife managed to start a second theater, called “Oyun Atölyesi” (Play Workshop).

His most famous role however came after he started his second theater. He landed a role in Tatlı Hayat, a remake of The Jeffersons. He played the role of İhsan Yıldırım, an angry, racist and foul-mouthed, yet lovable dry cleaner. He was accompanied by legendary actress Türkan Şoray, who played his wife, Asuman Dabak playing the witty cleaner, Neco playing the Greek neighbor (The enmity between Greeks and Turks were put instead of the Black-White one in the original) and Çolpan İlhan playing Neco’s wife. He and the show’s breakthrough character İrfan (played by Celal Kadri Kınoğlu) are regarded as the best characters in Turkish TV history. He divorced Zuhal Olcay in 2004 and began a relationship with Aşkın Nur Yengi, a famous Turkish singer. They married in 2006 and had a girl.

After Tatlı Hayat, he starred in Neredesin Firuze (Where Are You Firuze?), Hırsız Var (Thief!) and Hacivat Karagöz Neden Öldürüldü? (Why Were Hacivat&Karagöz Murdered?). His most recent role in Polis (Police) however, is his most critically acclaimed role after Tatlı Hayat. His portrayal of the troubled police legend Musa Rami has gained critical acclaim from both critics and viewers, who thought the movie was too experimental. Bilginer, however, has said that he will work in all of Onur Ünlü’s (screenwriter and director of Polis) movies, even as an extra if required.