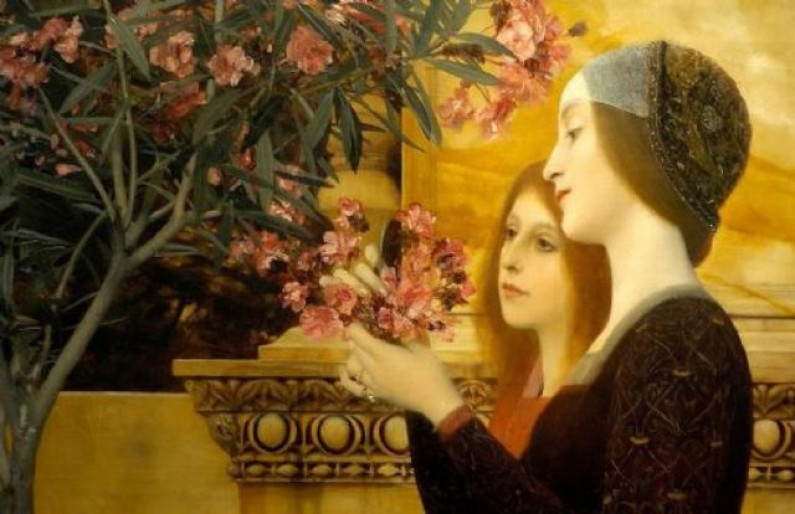 Born to Ernst Klimt, a gold engraver and Bohemian immigrant, and Anna Finster, an aspiring but unsuccessful musical performer, Gustav Klimt was the second of seven children raised in the small suburb of Baumgarten, southwest of Vienna.

The Klimt family was poor, as work was scarce in the early years of the Habsburg Empire, especially for immigrants, due in large part to the 1873 stock market crash.

Between 1862 and 1884, the Klimt family moved frequently, living at no fewer than five different addresses, always seeking cheaper housing.

In addition to financial hardships, the family experienced much tragedy at home. In 1874 Klimt’s younger sister, Anna, died at the age of five following a long illness. Not long after, his sister Klara suffered a mental breakdown after succumbing to religious fervor.

At an early age, Klimt and his two brothers Ernst and Georg displayed obvious artistic gifts as draftsmen, painters and craftsmen.

Gustav, however, was singled out by his instructors as an exceptional draftsman while attending secondary school. In October 1876, when he was fourteen, a relative encouraged him to take the entrance examination for the Kunstgewerbeschule, the Viennese School of Arts and Crafts, and he passed with distinction.

He later said that he had intended to become a drawing master and take a teaching position at a Burgerschule, the 19th-century Viennese equivalent of a basic public secondary school, which he had attended.

Klimt began his formal training in Vienna at a time known as the Ringstrasse Era, when the city was undergoing massive change. The center was constructed as one giant ring, and the bourgeois class was patronizing the arts as never before.

Along with the newly constructed municipal railway, the arrival of electric street lamps, and city engineers rerouting the Danube River in order to avoid flooding, Vienna was entering its Golden Age of industry, research, and science. One thing Vienna did not yet have, however, was a revolutionary spirit towards the arts.