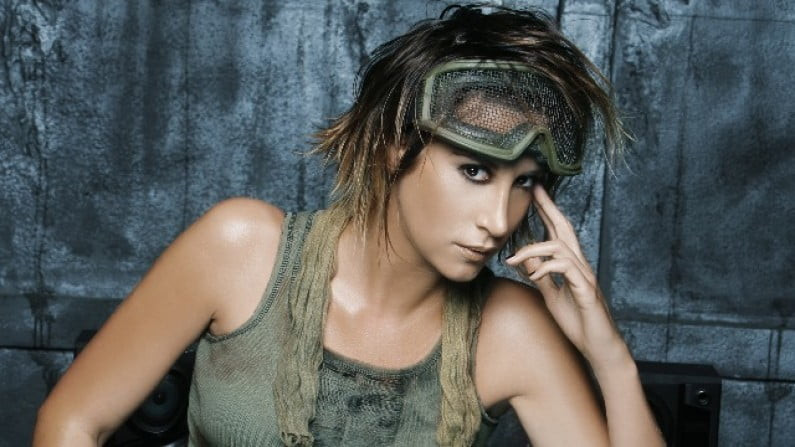 Ingrid Alberini (born 11 September 1973), better known for her stage name In-Grid, is an Italian dancer and singer-songwriter. She is best known for her 2003 international club smash “Tu es foutu”, in English known as “You Promised Me”. The song was a big hit in Europe, Russia, Australia, Latin America and in the United States, where it reached #6 on the Billboard Dance Music/Club Play Singles chart in 2004.

The name Ingrid was given by her parents as tribute to the actress and movie star Ingrid Bergman, who was her father’s favorite.

Ingrid’s parents ran a movie theatre in a small city between Parma and Reggio Emilia, an area known as the cradle of Italian music, either classical or modern.

Ingrid grew up watching movies and listening to their sound-tracks which, as herself declares, had a major influence on her decision to become a singer. Movies sparked off Ingrid’s imagination and fueled her ambition and desire to convey all her strong emotions and passions to as many people as possible.

Ingrid’s artistic path started with painting and acting but soon singing turned out to be her most powerful form of expression. She began performing in piano-bars, musicals and as solo voice with local jazz bands, but soon her soft and unique voice, together with an Incredible capacity of interacting with her audience during shows brought her to meet the famous dance music producers Larry Pignagnoli and Marco Soncini.

They offered Ingrid to write the lyrics and sing their brand new tune, and soon “Tu es foutu” came to life. The track broke all records of airplay on Italian networks and immediately became an international hit.

After the huge success of her first album “Rendez vous” Ingrid starts an endless number of tours all over the world, and after more than ten years she’s still considered one the most talented artist in the dance-music panorama.