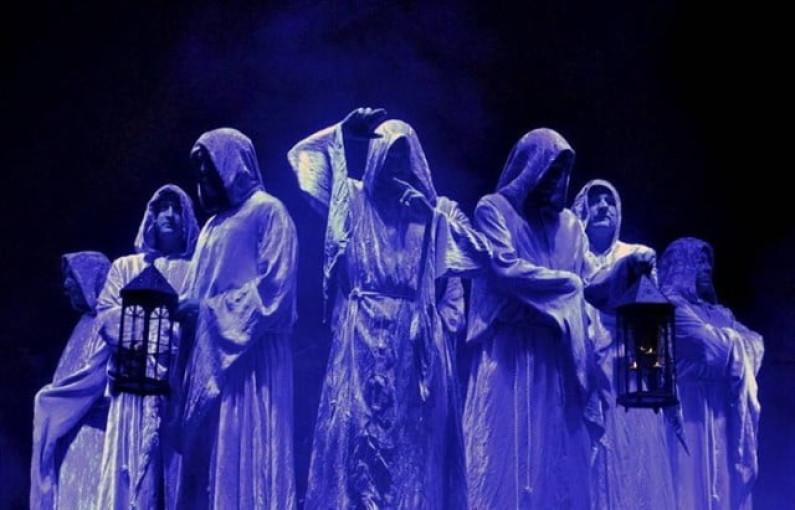 Gregorian is a German band headed by Frank Peterson that performs Gregorian chant-inspired versions of modern pop and rock songs. The band features both vocal harmony and instrumental accompaniment.

Originally, Gregorian was conceived as a more pop-oriented group in the vein of Enigma. Under this concept, they recorded the 1991 album Sadisfaction, with lead vocals provided by The Sisters of Oz: Susana Espelleta (Peterson’s wife at the time) and Birgit Freud. However, this was the only album in that style.

In 1998, Peterson and his team of Jan-Eric Kohrs, Michael Soltau and Carsten Heusmann re-invented the project to perform popular songs in the Gregorian style.

The criteria for song selection were strict; in order to be considered, a song needed to be translatable into the 7-tone scale. For each album, songs were carefully chosen in addition to original songs written by Jan-Eric Kohrs, Amelia Brightman and Carsten Heussman. Twelve vocalists – previously acclaimed session and choir singers – were then hired to record the tracks.

Each Gregorian album is initially digitally tracked at Nemo Studios, Peterson’s Hamburg studio. The vocalists then record their parts in a church atmosphere with dimmed lights and candles, in order to escape what Peterson referred to in a 2001 interview as the “cold and technical” studio atmosphere.

The concept proved to be successful, and the group proceeded to record several more Masters of Chant albums in the same style. Their 2004 album, The Dark Side, was a slight departure from the others, featuring a darker repertoire consistent with the title.

The concept proved to be successful, and the group proceeded to record several more Masters of Chant albums in the same style. Their 2004 album, The Dark Side, was a slight departure from the others, featuring a darker repertoire consistent with the title.

On 14 September 2012 a new album titled Epic Chants was published with the collaboration of the Australian newcomer Eva Mali.

Others who contribute to the vocals or sound of Gregorian are Sarah Brightman (under the pseudonyms Hepsibah or Sarah Hellmann), Amelia Brightman (Sarah Brightman’s younger sister), Frank Peterson, and staff of Nemo Studio among others.