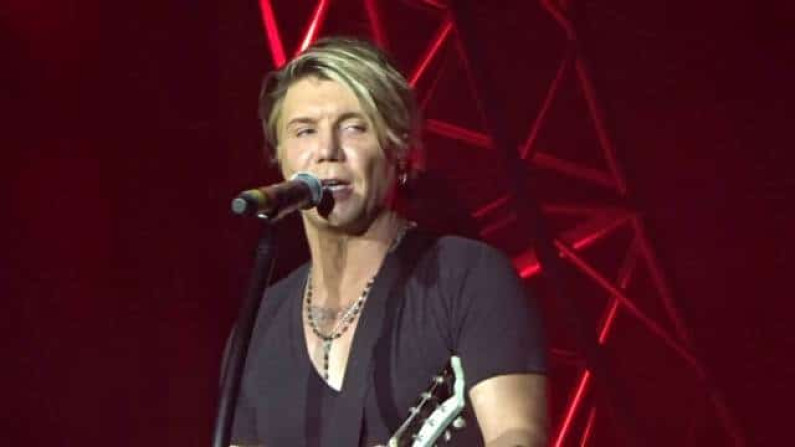 Mike Malinin was the band’s drummer from December 1994 until December 27, 2013 (but not made an official member until 1998). The band are renowned for their commercially successful 1998 singles “Iris” and “Slide”.

“Home” extended the band’s record to 14 top ten hits at the Hot AC radio format (more than any other artist in the history of that format). On May 6, 2016, their eleventh studio album, Boxes, was released, which included the single “So Alive”. In 2017, the band released an EP, entitled You Should Be Happy.

Takac and Tutuska had been long-time friends in school and met Rzeznik while he was playing in the band The Beaumonts with Takac’s cousin, Paul Takac and close friend Michael Harvey who was the inspiration for the band.The trio picked their name from a True Detective ad for a toy called a Goo Goo Doll.

“We were young and we were a garage band not trying to get a deal. We had a gig that night and needed a name. It’s the best we came up with, and for some reason it stuck. If I had five more minutes, I definitely would have picked a better name”, John stated.

With Takac as their lead singer, the band released their first album, Goo Goo Dolls in 1987 on Mercenary Records, but was picked up in 1988 by Celluloid Records, a larger record company.

They played around Buffalo’s underground music circuit and across the country opening for punk bands such as Gang Green, SNFU, Dag Nasty, Bad Religion, Motorhead, ALL, The Dead Milkmen, Doughboys, Big Drill Car, The Gun Club, Uniform Choice, and DRI and playing with fellow Buffalo bands. The band released its second album Jed in 1989.

The band released its third album, Hold Me Up, in 1990 and featured Rzeznik as the lead vocalist on five tracks, including the single, “There You Are”—as well as their then concert favorite, “Two Days in February”.

After being embraced by local college radio and punk scenes (including playing such venues as CBGB), the Goo Goo Dolls’ third release incorporated elements of heavy metal, pop rock, and punk rock. In 1991, the song “I’m Awake Now” was recorded for the soundtrack of Freddy’s Dead: The Final Nightmare.

The album was partially recorded at Metalworks Studios in Mississauga, Ontario. “We Are the Normal” (the single for which Rzeznik asked frontman Paul Westerberg of The Replacements to write the lyrics) received a major push toward play on college and independent radio, while its video was displayed on MTV’s 120 Minutes program. “Fallin’ Down” made it onto the 1993 soundtrack of Pauly Shore’s hit film Son in Law.

A Boy Named Goo, legal issues, and Tutuska’s departure (1993–1997)
Shortly after recording the band’s fifth album A Boy Named Goo, Tutuska was kicked out of the band. The band moved forward from this December 31, 1994, incident, hiring Mike Malinin, and toured rigorously.