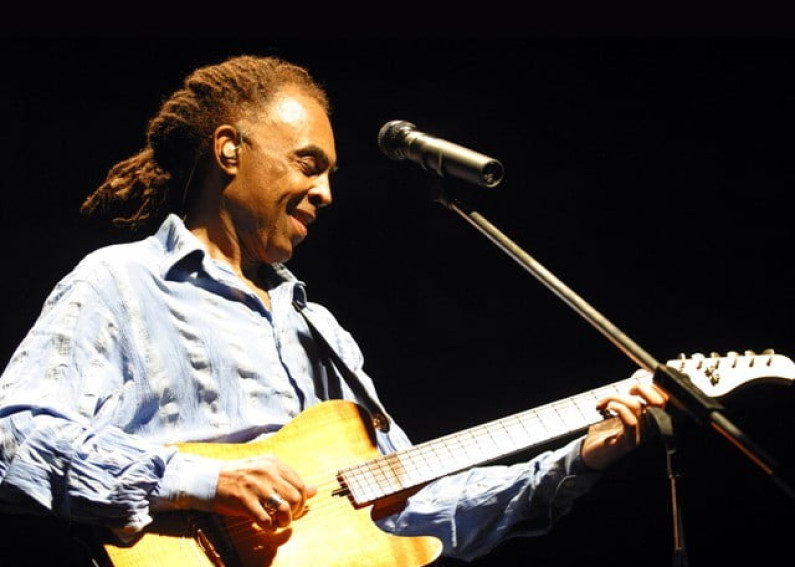 From 2003 to 2008, he served as Brazil’s Minister of Culture in the administration of President Luiz Inácio Lula da Silva. Gil’s musical style incorporates an eclectic range of influences, including Rock music, Brazilian genres including samba, African music, and reggae.

Gil started to play music as a child and was still a teenager when he joined his first band. He began his career as a bossa nova musician, and then grew to write songs that reflected a focus on political awareness and social activism.

He was a key figure in the Música popular brasileira and tropicália movements of the 1960s, alongside artists such as longtime collaborator Caetano Veloso. The Brazilian military regime that took power in 1964 saw both Gil and Veloso as a threat, and the two were held for nine months in 1969 before they were told to leave the country.

Gil moved to London, but returned to Bahia in 1972 and continued his musical career, as well as working as a politician and environmental advocate.

Gil was born in Salvador, an industrial city in the northeast of Brazil, though he spent much of his childhood in nearby Ituaçu. Ituaçu was a small town of fewer than a thousand, located in the sertão, or countryside, of Bahia.

His father, José Gil Moreira, was a doctor; his mother, Claudina Passos Gil Moreira, an elementary school teacher. As a young boy, he attended a Marist Brothers school. Gil remained in Ituaçu until he was nine years old, returning to Salvador for secondary school.

Gil’s interest in music was precocious: “When I was only two or two and a half,” he recalled, “I told my mother I was going to become a musician or a president of my country.” He grew up listening to the forró music of his native northeast, and took an interest in the street performers of Salvador.