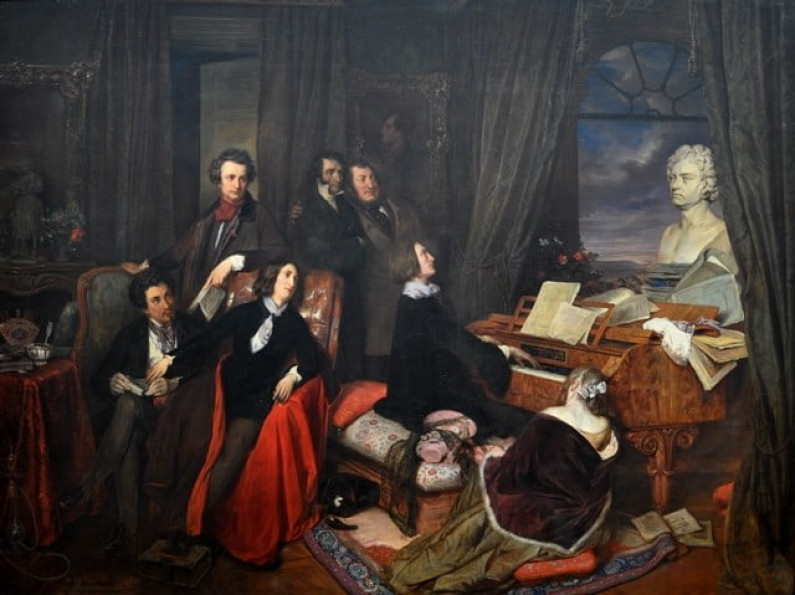 Liszt gained renown in Europe during the early nineteenth century for his virtuosic skill as a pianist. He was said by his contemporaries to have been the most technically advanced pianist of his age, and in the 1840s he was considered to be the greatest pianist of all time.

Liszt was also a well-known and influential composer, piano teacher and conductor. He was a benefactor to other composers, including Richard Wagner, Hector Berlioz, Camille Saint-Saëns, Edvard Grieg and Alexander Borodin.

As a composer, Liszt was one of the most prominent representatives of the “Neudeutsche Schule” (“New German School”). He left behind an extensive and diverse body of work in which he influenced his forward-looking contemporaries and anticipated some 20th-century ideas and trends.

Some of his most notable contributions were the invention of the symphonic poem, developing the concept of thematic transformation as part of his experiments in musical form and making radical departures in harmony. He also played an important role in popularizing a wide array of music by transcribing it for piano.

The earliest known ancestor of Liszt is his great-grandfather, Sebastian List, who was one of the thousands of migrant Danube Swabians locally migrating within the Austrian Empire’s territories (around the area now constituting Lower Austria and Hungary) in the first half of the 18th century.

Sebastian was a cotter and was said to be born in Rajka (Ragendorf), Moson County, Kingdom of Hungary, around 1703, where he died on January 7, 1793. Liszt’s grandfather was an overseer on several Esterházy estates; he could play the piano, violin and organ.The Liszt clan dispersed throughout Austria and Hungary and gradually lost touch with one another.