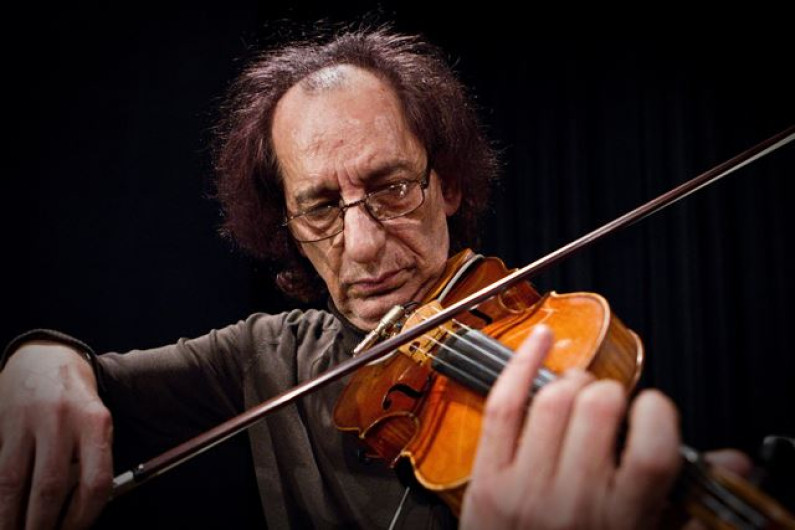 Farid Farjad is an Iranian-born American violinist. He is known as “the man that makes the violin cry” and he is renowned as one of the best violin virtuosos in the world.

Farjad was born in Tehran (Iran) on the 1st January 1938 and started to play violin since the age of 8.

He left Iran before the Islamic Revolution that took place in 1979 and settled in California.Although he became citizen of the USA and he currently lives in Los Angeles he labels himself as Iranian, not as American.

Farjad received his master’s degree in classical music from the Tehran Music Conservatory in 1966, he became the first violinist in the Tehran Symphony Orchestra, and taught violin at the Conservatory.

Farjad has profound knowledge on Persian Folk Music and he also worked on Classical Western Music. These works have had a large influence on the development of Persian music.

Farjad has released an album of five series with only piano and violin: An Roozha I, An Roozha II, An Roozha III, An Roozha IV and An Roozha V. ( An Roozha means “Those Days” in Persian,with reference to the period that the artist has spent in Iran and in order to immortalize them through this way ) Two collective albums named ” Golha Orchester” have also been released among his pieces. In these albums,as he himself said, he “transferred the misery of the nature to the notes”.

In the first four albums of An Roozha series Farjad was accompanied with the piano from Abdi Yamini,while in the last album his wife, Mitra Tavakkoli Farjad accompanied him.