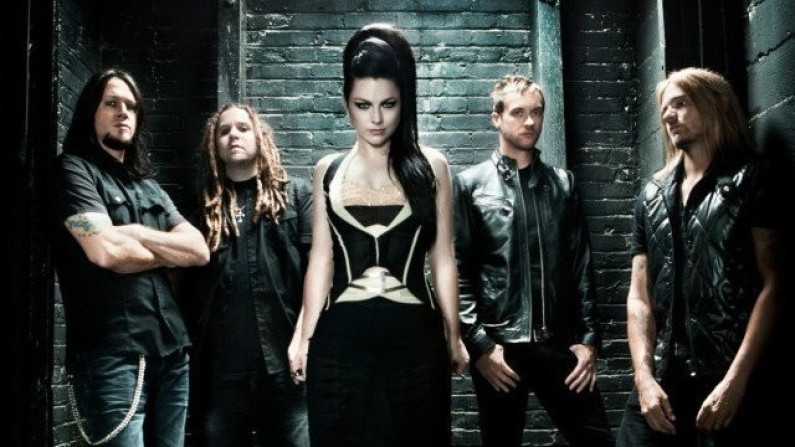 Evanescence is an American rock band founded in Little Rock, Arkansas in 1995 by singer/pianist Amy Lee and guitarist Ben Moody. After recording independent albums, the band released their first full-length album, Fallen, on Wind-up Records in 2003.

Fallen sold more than 17 million copies worldwide and helped the band win two Grammy Awards and seven nominations, as well as scoring No. 6 in CBS’s “Top Bestselling Albums of the Last 10 Years” (2008).

The line-up of the group has changed several times: David Hodges leaving in 2002, co-founder Moody left in 2003 (mid-tour), bassist Will Boyd in 2006, followed by guitarist John LeCompt and drummer Rocky Gray in 2007.

The last two changes led to a hiatus, with temporary band members contributing to tour performances. Billboard ranked Evanescence No. 71 on the Best Artists of the Decade chart.

Announced in June 2009, the newest line-up of the band eventually returned with Evanescence, their self-titled third studio album, released on October 11, 2011. It debuted at No. 1 on the Billboard 200 chart with 127,000 copies in sales.

The album also debuted at No. 1 on four other different Billboard charts; the Rock Albums, Digital Albums, Alternative Albums, and the Hard Rock Albums charts. The band spent 2012 on tour in promotion of their new album with other bands including The Pretty Reckless and Fair to Midland.