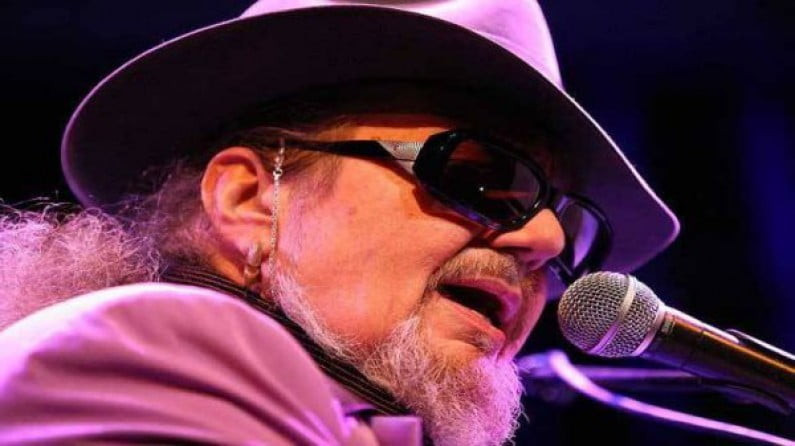 Active as a session musician since the late 1950s, he gained a cult following in the late 1960s following the release of his album Gris-Gris and his appearance at the Bath Festival of Blues and Progressive Music.

He performed a wildly theatrical stage show inspired by medicine shows, Mardi Gras costumes and voodoo ceremonies. Rebennack has recorded over 20 albums and in 1973 scored a top-20 hit with the jaunty funk-flavored “Right Place Wrong Time”, still his best-known song.

The winner of six Grammy Awards, Rebennack was inducted into the Rock and Roll Hall of Fame by singer John Legend on March 14, 2011. In May 2013, Rebennack was the recipient of an honorary doctorate of fine arts from Tulane University. He was jokingly referred to by Tulane’s president, Scott Cowen, as “Dr. Dr. John”.

Along with Gris-Gris, Dr. John is perhaps best known for his recordings during 1972-74. 1972’s Dr. John’s Gumbo, an album covering several New Orleans R&B standards with only one original, is considered a cornerstone in New Orleans music.

In his 1994 autobiography, Under a Hoodoo Moon, Dr. John writes: “In 1972, I recorded Gumbo, an album that was both a tribute to and my interpretation of the music I had grown up with in New Orleans in the 1940s and 1950s. I tried to keep a lot of the little changes that were characteristic of New Orleans, while working my own funknology on piano and guitar.

” The lead single from the album, “Iko Iko”, broke into the Billboard Hot 100 singles chart. In 2003, Dr. John’s Gumbo was ranked number 402 on Rolling Stone magazine’s list of the 500 greatest albums of all time.