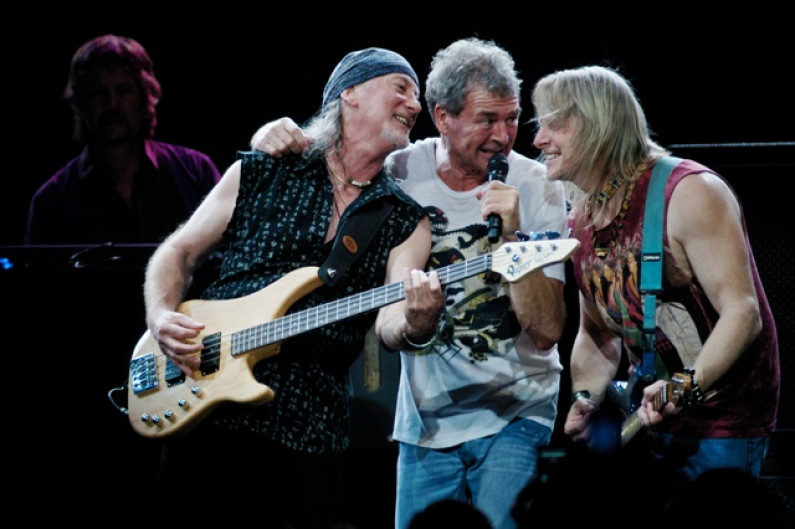 Deep Purple are an English rock band formed in Hertford in 1968. They are considered to be among the pioneers of heavy metal and modern hard rock, although their musical approach changed over the years.

Originally formed as a progressive rock band, the band shifted its sound to hard rock in 1970, and in 1973 began exploring progressive metal. Deep Purple, together with Led Zeppelin and Black Sabbath, have been referred to as the “unholy trinity of British hard rock and heavy metal in the early to mid-Seventies”.

The band’s line-up (currently featuring Ian Gillan, and guitarist Steve Morse from 1994) has been much more stable in recent years, although organist Jon Lord’s retirement from the band in 2002 (being succeeded by Don Airey) left Ian Paice as the only original Deep Purple member still in the band.