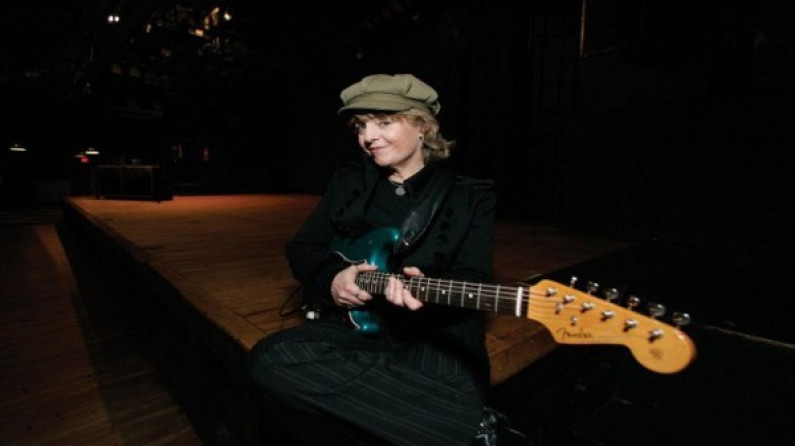 Debbie Davies (born August 22, 1952, Los Angeles, California, United States) is an American blues guitarist.She has been the featured guitarist in several female based bands including Maggie Mayall and the Cadillacs (led by John Mayall’s wife), and Fingers Taylor and the Ladyfinger Revue (who opened for Jimmy Buffett during his 1991 tour).

Besides her solo work, Davies is best known for her work with Albert Collins as a member of his band, the Icebreakers, from 1988 to 1991. Over the years she has collaborated with several well-known musicians such as Tommy Shannon and Chris Layton (aka Double Trouble), Coco Montoya, J. Geils and Duke Robillard. She continues to record and tour.

2002 – The Blues: From Yesterday’s Masters to Today’s Cutting Edge Schanachie, American Roots Songbook, as licensed to St. Clair Entertainment. (Debbie Davies: “I Just Want To Make Love To You”)