Dean Martin & Ricky Nelson – My Rifle, My Pony And Me 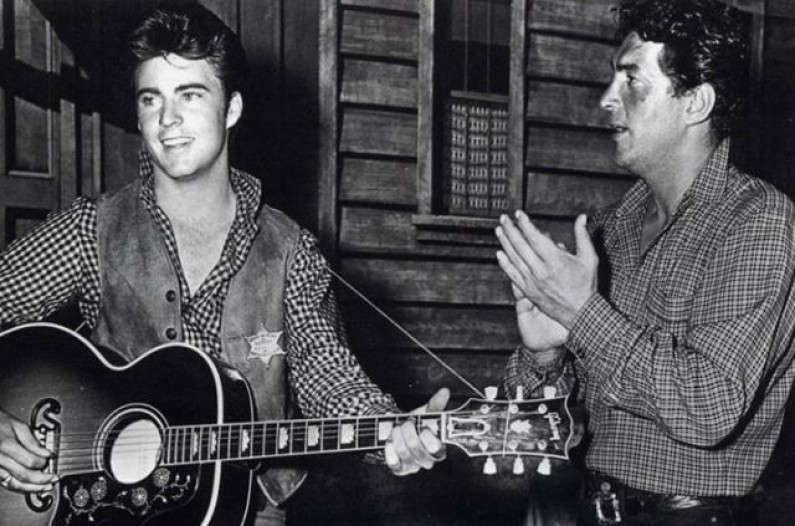 Dean Martin & Ricky Nelson – My Rifle, My Pony And Me

He and Jerry Lewis were partners in the immensely popular comedy team “Martin and Lewis”. He was a member of the “Rat Pack” and a star in concert stage/nightclubs, recordings, motion pictures, and television. He was the host of the television variety program The Dean Martin Show (1965–1974) and The Dean Martin Celebrity Roast (1974–1985).

Martin attracted the attention of Metro-Goldwyn-Mayer and Columbia Pictures, but a Hollywood contract was not forthcoming. He met comic Jerry Lewis at the Glass Hat Club in New York, where both were performing. Martin and Lewis formed a fast friendship which led to their participation in each other’s acts and the formation of a music-comedy team.

Huddling in the alley behind the club, Lewis and Martin agreed to “go for broke”, to throw out pre-scripted gags and to improvise. Martin sang and Lewis dressed as a busboy, dropping plates and making a shambles of Martin’s performance and the club’s decorum until Lewis was chased from the room as Martin pelted him with breadrolls.