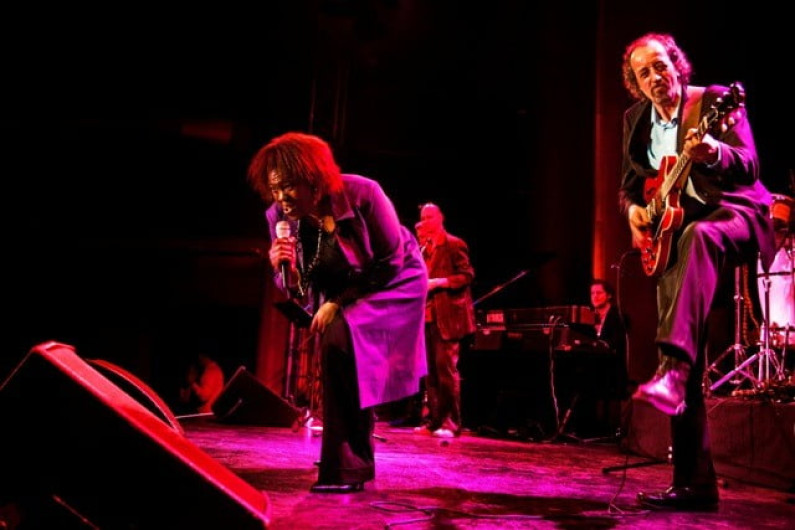 Club des Belugas is a Nu Jazz – and Lounge -Formation in Germany.

The core of Club des Belugas consists of Maxim Illion and Kitty the Bill; they are supported by various jazz singers and instrumentalists, including Reiner Winterschladen, Mickey Neher, Brenda Boykin and esters Rada.

The project was founded in 2002 in Wuppertal founded. Already in the same year the first album was released, Caviar at 3 am, then in 2003 Minority Tunes.

In 2006 followed the third album apricoo soul, on which the world’s first of Capitol Records / EMI and the family of Dean Martin authorized remix of classic Martins Mambo Italiano is located.

Two years later, in 2008, was SWOP published the following year Zoo Zizaro. 2012 appeared Forward; from this album was the single Save A Little Love for Me decoupled. 2013 released their album The ChinChin Sessions, which in cooperation with the Mannheim trumpeter Thomas Siffling originated.

Club des Belugas have their albums Forward and The ChinChin Sessions (as of 2013) at the label Chinchin Records released; previously they were at Audio Graphics under contract.

Several shots, including hip hip chin chin and Gadda Rio (both on the album Minority Tunes), reached the German club charts and were able to position itself in the top ten.

Total pieces of tape on more than four million records have been displaced, which include not only CDs band itself, but also various compilations.

Club des Belugas give concerts worldwide, and at jazz festivals. But between 2007 and 2010 they were more than a hundred times to see them live. Between June and September 2007, the band embarked on a concert tour of the People’s Republic of China.

Their music has been used for numerous commercials by larger companies, such as for spots of various automakers like Mercedes-Benz and BMW.