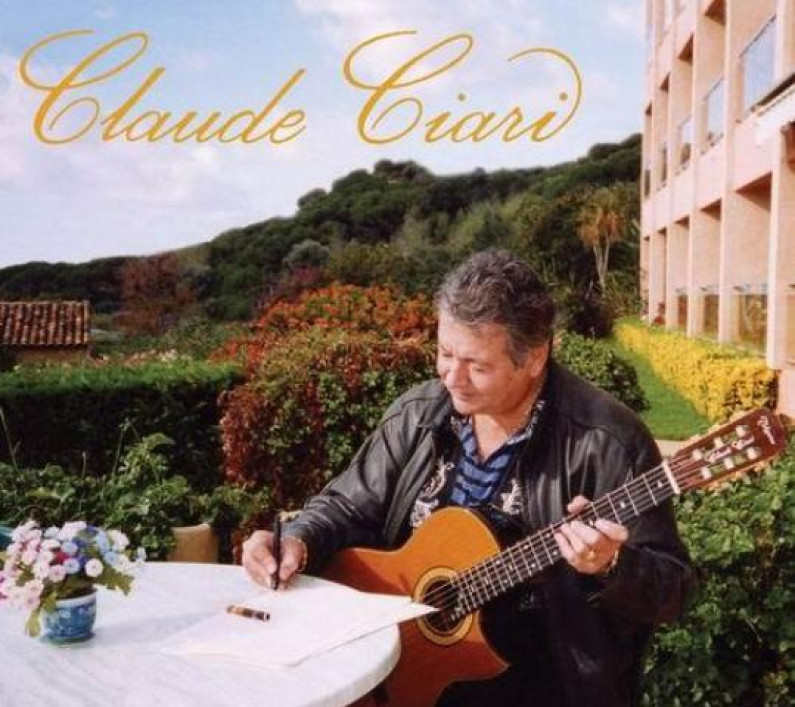 Claude Ciari is a french japanese, born in Nice, French Riviera, in 1944.He started to play guitar when he was eleven years old. When he turned sixteen he joined a rock group « Les Champions » as the solo guitarist.

The group became the best instrumental band in France but Claude decided to leave in 1964 and recorded an album including a rumba “La Playa” which became a hit in 45 countries. He was 20 years old and sold a few million records.

It was the beginning of an incredible carrier. Claude stayed in France until 1974 and then moved to Tahiti. One of the countries where he played quite often was Japan and what had to happen happened.

He met his Japanese wife who was a fashion model, married, had two kids and finally took the Japanese citizenship. Quite unusual for a French man but it was his decision and became Japanese in 1985.

Since then he lives in Japan. Claude recorded more that 50 records and performs in many countries, writes music for TV drama, soundtrack and appears in TV and Radio shows as well.

French guitarist Claude Ciari has the rare distinction of being the first Caucasian to run for a seat in the upper house of the government of Japan. While he was not elected, he used the opportunity to publicly challenge what he felt was a stupid law for foreigners, a stance that only furthered his popularity in Japan.

Ciari was born in Nice on the French Riviera in 1944. He started to play guitar when he was 11, and by 16 he was proficient enough to join a rock group, Les Champions, featuring himself on lead guitar along with Jean-Claude Chane (singer), Alain Santamaria (guitar), Daniel Kaufman (bass guitar), and Willy Lewis (drums).

Les Champions, with a sound closer to the Jordanaires than the more popular instrumental groups of the era, recorded several singles, and even toured France with Gene Vincent in October 1962. Les Champions were not very original, and Ciari became frustrated when the band decided to become the support band for French singer Danyel Gerard.