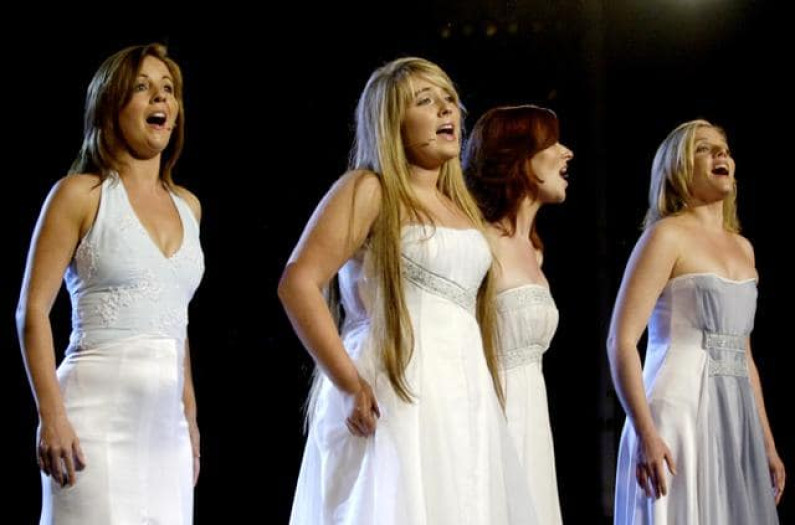 Susan McFadden (8 February 1983) is an actress and singer born in Dublin, Ireland. She has also been a member of the all- female Celtic music group, Celtic Woman, since 2012. She is the younger sister of former Westlife member, Brian McFadden.

In 2008, McFadden recorded two songs for the CD Act One – Songs From The Musicals Of Alexander S. Bermange, an album of 20 brand new recordings by 26 West End stars, released in November 2008 on Dress Circle Records.

She played the lead role of Milly in the stage adaption of Seven Brides For Seven Brothers, with Steven Houghton. McFadden starred in the original west end cast of the musical Legally Blonde at the Savoy Theatre in London’s West End playing Elle Woods after originating the role of Serena.

Official reviews and audience reaction were extremely positive. On 5 January 2012, McFadden was named as a replacement for Lisa Kelly, then going on maternity leave, in the all- female ensemble Celtic Woman.

McFadden debuted with Celtic Woman in February at Nashville, Tennessee for the kickoff of the “Believe” North American Tour and continued with the European, Australian and South African Tours in 2012.

After Lisa Kelly announced her departure from the group in January 2013, McFadden has since become a full-time member of Celtic Woman. Éabha McMahon is Celtic Woman’s newest member. She will be replacing Lynn Hilary in their brand new tour, Destiny.

Máiréad Nesbitt (pronounced “mah-raid”) (19 April 1979) is an Irish classical and Celtic music performer, most notably as a fiddle player and violinist.

She is currently the fiddler for the group Celtic Woman. She has been a piano player since the age of four, and began playing the violin at age six. She spent some time as fiddler for the Irish group Coolfin, and recorded an album with them.

Nesbitt broke into the wider world in 1996 when she was invited to perform in the Michael Flatley show Lord of the Dance. There, she played lead fiddle until 1998, at which time she went with Flatley to his second show, Feet of Flames.

She toured in this production, again as lead fiddler, until leaving in 2001. Nesbitt also played on the original soundtracks to both shows, as well as for the soundtrack to Riverdance. In 2004, Nesbitt was invited to play violin for a performance at the Helix Theatre in Dublin, called “Celtic Woman.”

Nesbitt is featured as a soloist on Walt Disney’s direct to DVD film Tinker Bell. Joel McNeely composed music specifically to fit Nesbitt’s distinctive style, and collaborated with her to further polish the music for Celtic authenticity.